Home World Aircar is allowed to fly in Europe 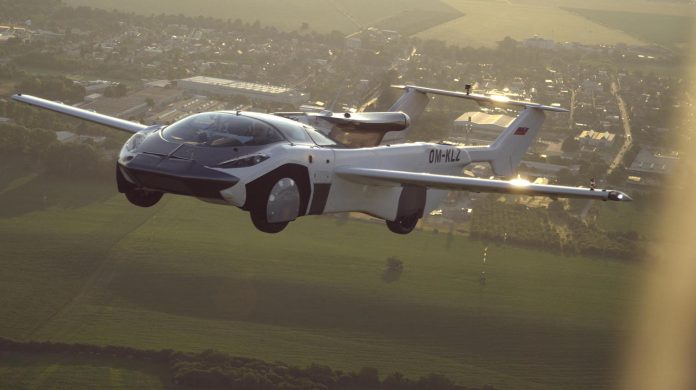 Reports have heralded the flying car for many years. Also for many years nothing came of it. It’s unclear how many motorists are eager to get permission to start at all. Now, however, an important license has been issued: according to the Slovak manufacturer Klein Vision, it has received an airworthiness certificate from the local air traffic control authority. Accordingly, his flying car was approved for air traffic in Europe.

According to a representative survey of Forsa from 2020, the majority of Germans mainly refuse to use air taxis. Only in the event of a medical emergency can most imagine air taxis transporting patients.

This was preceded by 70 hours of testing according to EASA standards. More than 200 takeoffs and landings have been completed.

Because on the way to licensing, things didn’t always get better: His former flying car (called an “Aeromobile”) crashed in 2015 while testing in Slovakia far. Klein managed to save himself by skydiving from a height of 300 metres.

In the meantime, not only the name has changed, but the car as well. The current version of the Aircar – the fourth – is powered by a 160-horsepower BMW engine. It has a range of 1,000 km and a speed of 190 km / h in flight. In less than three minutes, the vehicle is transformed from a car into an aircraft.

You can see how the car turns and how it works like a plane here Or in the video above.

It offers space for two people and a load capacity of 200kg. So it is best to travel with only a hand bag. It must contain a valid pilot’s license. Otherwise, the air vehicle must remain on the ground.

By the way: it will not happen in the near future that a plane will pass you on the highway. And not in the future either. Flying cars are more likely to be used on fixed routes, eg along passenger routes with constant traffic jams – eg as taxis for passengers who are worth a lot of money to arrive a few minutes earlier.