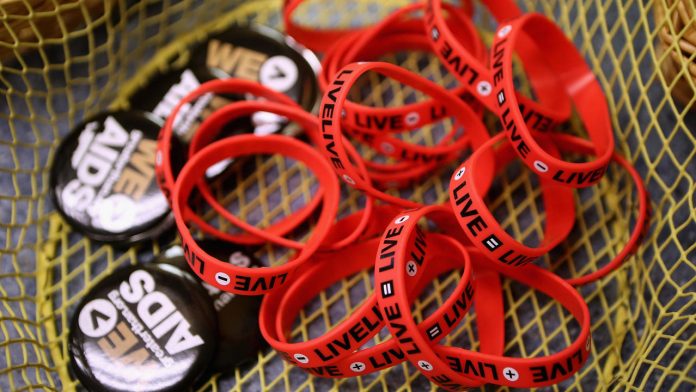 Thanks in large part to the democratization of antiretroviral therapy, AIDS deaths have fallen 43% since 2010 to 690,000 in 2020, according to a report by UNAIDS.

Progress has also been made in reducing new infections, but it has been slower. It’s down 30% in ten years, with 1.5 million people newly infected with the virus in 2020.

“We must do more,” UNAIDS Executive Director Winnie Byanyima launched at a press conference, saying he expects an increase in cases due to the Covid-19 pandemic disrupting access to health services.

To date, at least 40 countries are on track to achieve a 90% reduction in AIDS-related deaths by 2030, including nine countries located in eastern and southern Africa.

The report does not provide statistics by country, but it does show that AIDS-related deaths have fallen worldwide since 2010, with the exception of Eastern Europe and Central Asia where infections also jumped during the same period. It also rose slightly in the Middle East/North Africa and Latin America.

Five years later, dozens of countries with diverse epidemiological and economic characteristics have met or exceeded many of these goals, demonstrating that it is “possible to bring an epidemic that seemed almost out of control 20 years ago to control,” explains Onoseda.

See also  'I wanted to cut her neck': Man arrested after harassing and threatening to kill Carl Olive, mayor of Boise

Byanyima said ending AIDS by 2030 is possible if governments reduce “the disparities that prevent people from accessing health services” in terms of prevention and treatment, saying she was “cautiously optimistic”.

The report shows that “countries with progressive laws and policies and strong and inclusive health systems fared best against HIV”.

In these countries, people living with HIV have a better chance of accessing effective HIV services, including testing, getting preventive medical treatment and quality care, and providing treatment for several months.

“The high-performing countries have paved the way for others,” Byanyima said.

“Their adequate funding, genuine community participation, multi-sectoral and rights-based approaches, as well as the use of scientific data to guide targeted strategies, have transformed the direction of the pandemic and saved lives,” she added.

The agency recently set new goals for 2025. By achieving them, 95% of those in need will have HIV services available, annual infections will be reduced to less than 370,000 and deaths to less than 250,000.

See also  The type of coronavirus detected in Congo must be closely monitored, and this is why

A study showing the effect of coffee on the digestive system...