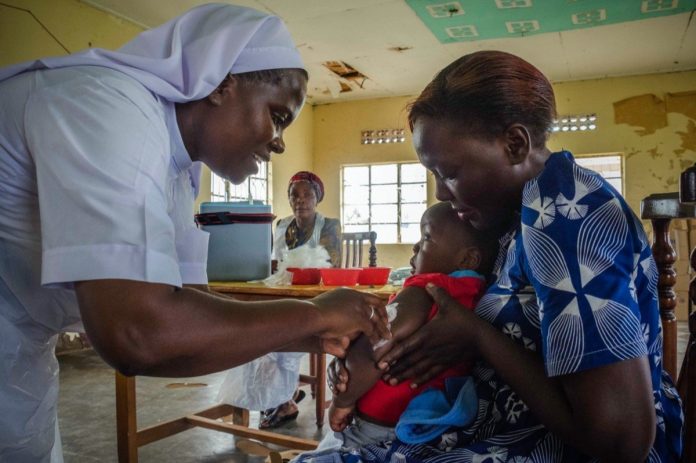 The African continent is particularly affected by the explosion of measles cases. The WHO Africa office has announced a 400% increase for the first three months of 2022 compared to the same period in 2021.

From January to March, nearly 17,500 cases of this highly contagious viral disease were recorded on the continent, with twenty countries reporting measles outbreaks, eight more than in the first three months of the previous year.

Despite progress, more than 23 million children did not receive their routine vaccinations (polio, measles, tetanus, etc.) in 2020.

A health care system that fails to meet the needs of some children puts all children at risk.

Wednesday ,OMS The United Nations Children’s Fund (UNICEF) in Geneva announced that reported measles cases jumped by 79% worldwide in the first two months of the year, compared to the same period last year. These two United Nations organizations warn of a situation that “puts children at risk,” and of the spread of cases that could “affect millions of children” around the world even if “most of the epidemics have been reported in Africa and the Eastern Mediterranean,” they point out.

Other vaccine-preventable diseases are on the rise

According to the World Health Organization in Africa, other vaccine-preventable diseases are on the rise. Twenty-four African countries confirmed outbreaks of a variant of polio in 2021, up four cases from 2020. Thirteen countries reported yellow fever outbreaks, up from nine cases in 2020 and three in 2019.

Its epidemiological waves of diseases that are usually “under control” such as measles, polio or tetanus can be explained in particular by the flooding of health services due to the Covid-19 pandemic. The World Health Organization in Africa explains that the coronavirus has “disrupted routine immunization services in many African countries and forced the suspension of vaccination campaigns”. The African continent is fighting against Covid-19 “but we must not forget about other threats to health,” he emphasized during an online briefing on Dr. Machidiso Moeti, Director of Africa at the World Health Organization, in the press release.

See also  Novavax, the most classic vaccine, will reach us at the end of February

Why HAS advises against using Moderna vaccine for children under 30

Hospitals are no longer falling and pollution is increasing