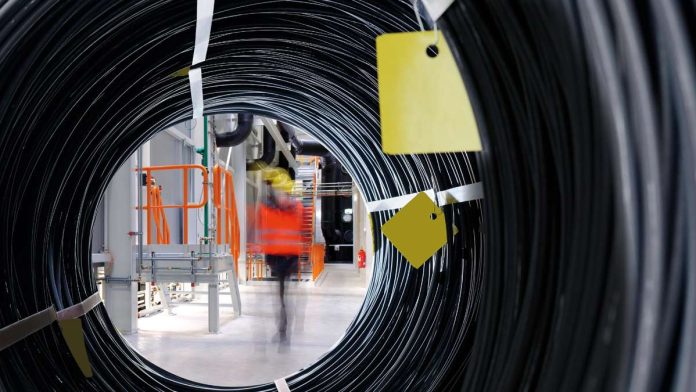 The Vossloh Traffic Technology Group, headquartered in Werdohl, continues to operate smoothly. Only at the beginning of December, the company completed a major order of switches for a new high-speed line in Turkey. Now the next coup has been achieved, with an order of 30 million euros from China.

Werdohl – Vossloh will supply the rail link systems required for the construction of a high-speed line in southern China. The rail stabilization systems are largely produced in Werdohl in the company’s new multi-million dollar “plant of the future” and will be delivered primarily in 2022. According to a statement from the listed company, the deal is an “important driver of organic growth” in the year next.

The order volume is more than 30 million euros and, according to Vossloh, is evidence of the strong and unchanged position in one of the most important railway markets in the world. China already has the world’s largest high-speed network and plans to expand it significantly over the next few years. “The need for rapid and sustainable mobility in order to connect the many megacities of this huge country is ever increasing,” says Oliver Schuster, CEO of Vossloh AG.

“For 15 years now, our products in China have represented innovation, maximum reliability and excellent quality. We are very pleased to be able to continue our unique success story in China with the order we just won,” Schuster adds.

The Chinese high-speed network currently covers almost 40 thousand km and is growing rapidly: in 2030 it will be expanded to more than 70,000 km. Vossloh Group has been represented in China since 2006. Subsidiary of Vossloh Fastening Systems China Co.Ltd. Kunshan has about 120 employees and is one of the leading suppliers of on-site rail stabilization systems, especially for use on high-speed lines.

In the summer of 2020, Vossloh received an order worth 30 million euros from China. Here, too, it was about railway stabilization systems for the construction of a new high-speed line.

Daimler CEO announces his commitment to shutting down the combustion engine