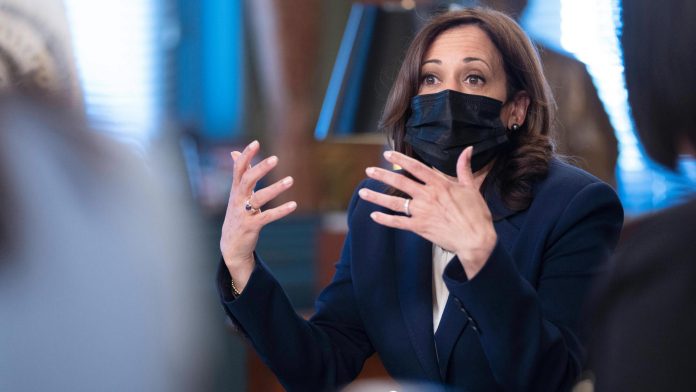 Discussions are continuing about US Vice President Kamala Harris. After a controversial statement to a student, she has to defend herself against criticism from pro-Israel circles.

US Vice President Kamala Harris has come under pressure over her reaction to a student’s remarks about Israel. The videos show Harris visiting a university in Virginia in the middle of the week to discuss suffrage. In this context, Talib spoke about the pro-Palestinian demonstrations and said: “But only a few days ago, funds were approved to continue supporting Israel, which hurts me because it is ethnic genocide and displacement.” Regarding US financial support, she said America lacks funds for Medicare or affordable housing.

Harris does not correct statements made by the student

Harris responded to the fact that the student brought up the topic: “I’m glad you did.” “The point is that your voice, your perspective, your experience and your truth cannot be suppressed,” she continued. Then Harris was heavily criticized for not correcting the student.

According to media reports, Harris’ office subsequently contacted Jewish organizations. “We were pleased that Senior Vice President Harris reached out to us today to confirm what we already knew: her ‘unwavering commitment to Israel’s security,’ which is ‘in line with Israel’s characterization by (…) the student does not agree at all,'” the organization explained The democratic majority of Israel.

Jonathan Greenblatt, president of the civil rights organization ADL, said, “I am glad she has confirmed that she (…) knows that the claim that Israel will commit ‘ethnic genocide’ is clearly false.” Greenblatt said what the student said was “abhorrent” and “wrong.” “The vice president does not agree with the student’s description of Israel,” Harris’ spokeswoman Simon Sanders was quoted as saying by the media.

Harris was criticized over the summer for her stance on immigration. She announced a difficult path, even though it was against her party’s guidelines.

The new government: This statement explains what Europe can expect from...