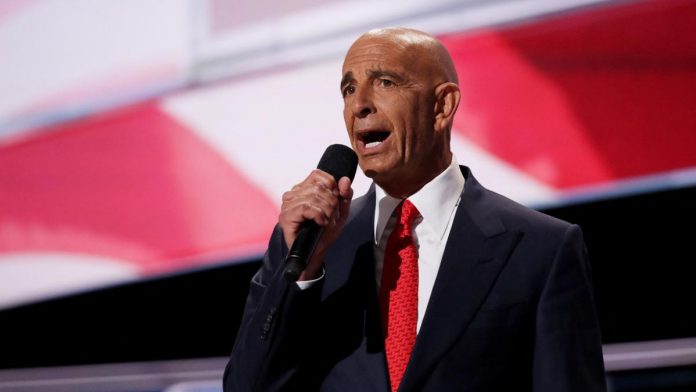 eA confidant of former US President Donald Trump has been accused of secret lobbying in favor of a foreign government and arrested. In the indictment published on Tuesday, businessman Thomas Barrack is accused of failing to disclose lobbying activities for the UAE. Along with two other suspects, the 74-year-old is said to have influenced Trump’s foreign policy during his 2016 presidential campaign and beyond.

Attorney General Mark Lesko said the defendant had used Barack’s friendship with Trump, high-level staff on his campaign team and government officials to advance the political goals of a foreign government without disclosing it. This behavior is considered a “betrayal” of the affected representatives of the United States “including the former president”.

Barack, who chaired the organizing committee for Trump’s inauguration, is also accused of obstruction of justice and several false statements. A spokesman for the businessman said Barak is innocent.

Trump himself has not been charged. However, the charges against Barak are the latest in a series of legal actions related to the former president. Earlier this month, the New York judiciary indicted the Trump real estate empire, the Trump Organization and its chief financial officer, for alleged tax fraud.