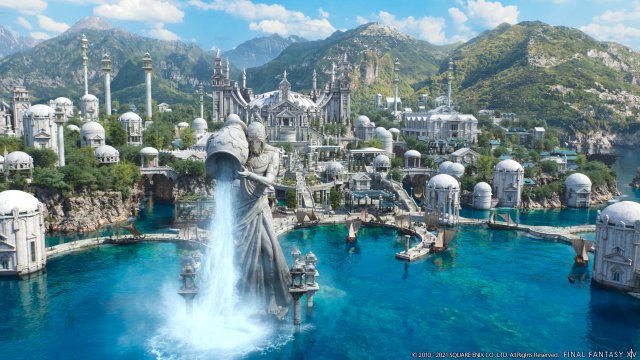 With the hype surrounding Final Fantasy 14, fans of the online role-playing game from Square Enix recently clashed with fans of World of Warcraft – in a huge debate over which MMORPG is now the better game of the two. Game director Naoki Yoshida from Final Fantasy 14 doesn’t think so with these controversies. In a recent live broadcast, the person in charge commented on the topic.

“Blizzard knows that for sure, but without World of Warcraft, A Realm Reborn would never have existed. Our goal was to create an ultimate fantasy version of WoW – so now saying we won or lost against WoW is wrong because it was the game we were after, The hard work we did in Final Fantasy 14 They bore fruit. But this whole conversation we’ve been getting over in Wow just isn’t true, and to be honest, it’s also annoying.” – Naoki Yoshida said in the discussion.

Final Fantasy 14 has seen a rush of new players in the past few weeks. Perhaps one of the main reasons is Twitch streamer Asmongold, who, as a longtime fan of WoW, gave the role-playing game Square Enix a chance for the first time and also seems to have found fun in the MMORPG. Sometimes Square Enix had to stop selling digital tokens because a lot of players wanted to buy the title. On November 23, 2021, Endwalker will be the next big expansion for Final Fantasy 14. The online role-playing game is available in stores for PC, PS5, and PS4.

See also  Beginning June 1, the limit applies: Google will set a limit on the free storage of photos