Home World Trump will need an alternative for 2024: Kushner withdraws from politics 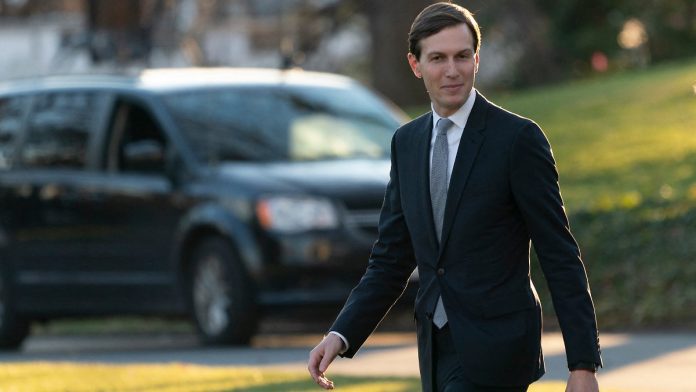 Trump will need a replacement in 2024

Although former President Trump has repeatedly submitted a new nomination for 2024, one of his former Cabinet members certainly doesn’t appear to be on board: his son-in-law. Kushner, a former senior advisor, probably wants to start a company — he already has two locations in mind.

The son-in-law and senior adviser to former US President Donald Trump, Jared Kushner, has reported a move away from politics, according to informed sources. Instead, Kushner wants to set up an investment firm called “Affinity Partners,” people familiar with the project said.

The headquarters of the company is said to be Miami. There, Trump’s former political advisor was working on a book about his time in the White House over the past six months. This is expected at the beginning of next year. In addition to the Miami location, a branch of the company is also planned in Israel, where Kushner wants to start business between Israel and the Gulf states, among other things. Near the end of Trump’s term, Kushner mediated between Israel and several countries such as the United Arab Emirates, which eventually agreed to normalize relations between them.

According to insiders, there are still no details about potential investors, and “Affinity Partners” is not yet beyond the planning stage. Kushner, who is married to Trump’s daughter Ivanka, remains close to his father-in-law. Kushner’s business plans should keep him out of politics for a while.

The New York Times had previously reported that, in the presence of other Trump advisers, Kushner expressed his desire for a “simpler relationship” with his former boss and father-in-law. That is why he was not present at Trump’s recent political appearances. According to information from his environment, he is considering seeking the Republican Party’s candidacy for the presidential elections in 2024.

Prior to joining the Trump administration, Kushner served as CEO of The Kushner Companies until 2017. A real estate empire built by his father. Charles Kushner, among other things, was convicted of tax evasion and imprisoned until 2006. He was pardoned under Trump.