Home World Among the palm trees and atolls: the highest foreign rents flow into... 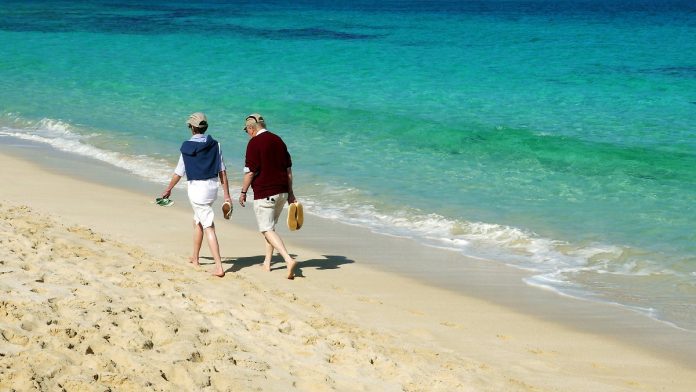 Among the palm trees and coral islands

Dream of getting a pension in paradise: According to the Ministry of Labor, the highest foreign pensions are flowing into the island states of Micronesia and Palau. But for the FDP politician, prosperity does not appear to be the real reason for leaving Germany after a hard working life.

More and more German pensioners are looking for happiness abroad – and some are earning high pensions. Last year, the highest average payments flowed from Germany to the South Seas, Micronesia and Palau. As the Ministry of Labor responded to a question from the FDP parliamentary group, fewer than five German pension recipients live there with payments averaging 1,533 euros (Micronesia) and 1,336 euros (Palau). The Central African Republic, Qatar and the Caribbean State of Saint Vincent and the Grenadines also received pensions of between 900 and 1,200 euros on average.

In total, nearly 1.74 million foreign pensions were paid out last year – to Germans living abroad as well as to foreigners who worked as guest workers in Germany and then returned to their homeland. On average, the amounts involved were around 350 euros.

The lowest pension payments went to Burkina Faso at around 90 euros and Kosovo at about 205 euros. With more than 370,800 retirees and an average payout of 246 euros, Italy has a large share – perhaps also because a large number of Italians came to work in Germany in the 1960s and 1970s.

The number of pensions for Germans abroad rose from about 229 thousand in 2015 to 248 thousand last year. Most of these retirees live in Austria, Switzerland and the USA.

Warning of mismanagement in the pension system

Many Germans wanted to enjoy their retirement abroad when they were old, Marcus Herbrand, the FDP’s financial politician, of the German news agency DPA said. But he warned: “We must be very careful that this development does not get out of hand given the shortcomings of the pension system and the high tax burden in Germany.” First and foremost, German retirees should not be forced to leave the country because they can no longer afford the standard of living to which they were accustomed in old age.

Herbrandt also noted that next year around 2,000 retirees will suddenly have to file a tax return just to increase the pension. He stressed that “many seniors are overwhelmed with filing the tax return, which is why the state should make the pension tax very complex, more transparent and simpler.” The number is based on an estimate by the federal government. Due to the coronavirus recession, pensions are stagnant in the West this year, while in new federal states they will rise 0.7 percent on July 1.