Home World The Intergovernmental Panel on Climate Change: What experts are recommending to tackle... 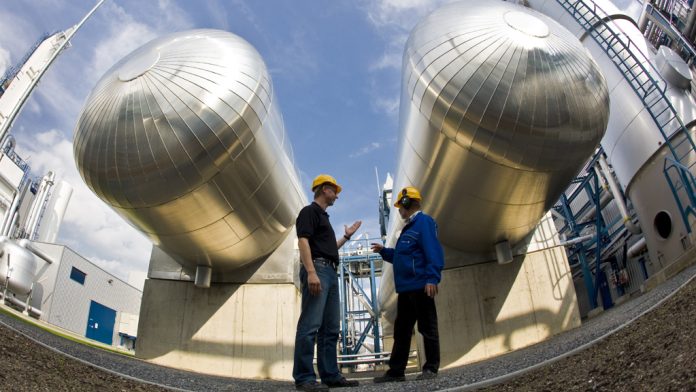 What are effective measures against climate change? The report published today by the Intergovernmental Panel on Climate Change describes, in addition to exemplary ways, where sacrifices cannot be made – and what is not.

Man-made climate change will lead to a warming of 1.4°C to 4.4°C this century – that is the case In the first sub-report On the physical principles presented by the Intergovernmental Panel on Climate Change last summer. Quite a range. The main reason it’s so big is that science doesn’t know how humanity will act in the future – what they and their governments are doing to contain the climate crisis. The present third partial report attempts to describe exactly this in more detail: What options do we have? The report’s obvious answer: The silver lining is to stop burning fossil fuels and switch to renewable fuels. But technological solutions and nuclear power can also play a role.

The only good news is that although we are producing more and more greenhouse gases, emissions have grown more slowly in the 2000s than in the previous decade. But scientists say this will not be enough to overcome the climate crisis, and show that by 2100 humanity will be heading towards a warming of 3.2 degrees Celsius compared to pre-industrial times.

Industrial countries have to change something

For UN Secretary-General António Guterres, this means: “We are on the fast track to climate catastrophe.” If the world really wants to comply with the 1.5-degree limit, carbon dioxide emissions are likely to increase until at most 2025 and then have to be reduced by 43 percent by 2030. A third of methane emissions must also be avoided. However, until then, there will be a temporary 1.5°C overshoot.

If we accept a temperature increase of two degrees Celsius, it would still be necessary to reduce 25 percent – and this is on average worldwide. For industrialized countries, this always means much higher values. The 50 least developed countries have so far contributed only 0.4 percent of the total man-made greenhouse effect. The report also makes it clear.

The next eight years will be crucial for further development. This is the main message. Because the goals countries have promised so far – insofar as they have been reported to the UN Climate Secretariat as national climate protection commitments – are not enough to limit warming: they still lead to a warming of 2.8°C. The existing infrastructure for power plants and industrial facilities alone would be more than enough to consume the remaining carbon budget.

The report demonstrates the potential of individual measures. The IPCC does not specify which of these governments to choose. It calculates dozens of scenarios and shows the dimensions – in a diagram, for example. The longest bars show the greatest benefit: solar and wind energy and reduced forest destruction – these are the silver bullets in the fight against the climate crisis. Each of these options has the potential to avoid up to about ten percent of annual greenhouse gas emissions. Another plus: expansion is already beneficial from an economic point of view or it can be obtained at a small additional cost. Solar, wind and battery costs have fallen by up to 85 percent since 2010.

Capturing carbon dioxide from the atmosphere

But besides these large areas, the list of short bars is long. This means: that many different actions are possible and necessary, even if they do not bring much individually or cost a lot. This applies, for example, to all methods of technically separating carbon dioxide from factory exhaust gases or filtering it directly from the air and “pushing it away” in underground storage facilities. Without these pathways, which are discussed under the acronyms CDR or CCS, the authors stated that they would not work – particularly if a temperature increase of more than 1.5 °C would be “recovered” later.

The Intergovernmental Panel on Climate Change believes that more needs to be done here. Also because in all scenarios of future energy flows there will always be an inevitable residue of emissions that must be neutralized in this way. However, the lead author of the relevant chapter, Dr. Oliver Gidden: Reducing emissions is the key thing. Relying entirely on such methods is not an option.

It is worth using nuclear power, not expanding it

Carbon dioxide storage through other farming methods and afforestation has great potential, but costs are often high. A healthy diet – especially low in meat – is also important, as it is essentially free and does more than use nuclear energy. Because nuclear power plants are only cheap if they really exist. On the other hand, the new gases are expensive: methane from leaks in natural gas pipelines and exhaust gases from coal mines and oil extraction systems contribute six percent to the climate crisis. 50 to 80 percent of these emissions can be avoided with little effort.

“There are bright spots,” says Jean-Christophe Menkes, coordinating lead author of the first chapter of this report. Climate protection costs have fallen sharply. Half of emissions could be avoided at a cost of less than $100 per ton of CO2 avoided.

Commenting on the report, Friday for Future Germany said: “The political wait for a technological miracle would be in vain. No CO2 removal option can replace the need for drastic emissions cuts.”

“More and more greenhouse gases – undermining the basic human rights and environment of the world’s most vulnerable,” said Vanuatu’s Foreign Minister, Mark Atti. Frans Timmermann, Vice-President of the European Union Commission, called on all countries to improve their climate targets to a 1.5 degree limit at this year’s United Nations Climate Conference in Sharm El Sheikh, Egypt.