Home World The result in Nicaragua is clear: the president eliminates opponents before the... 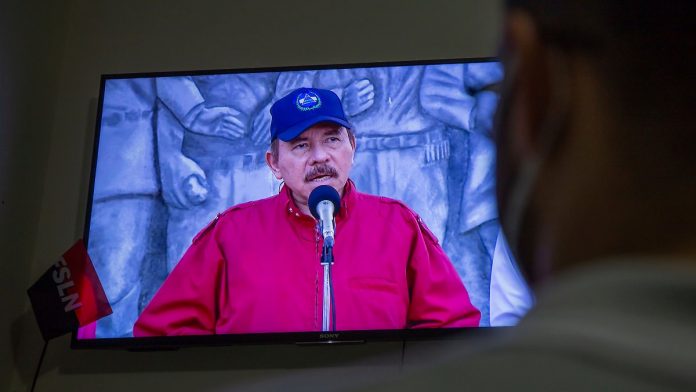 A clear exit in Nicaragua

President eliminates opponents before the elections

Before the presidential and parliamentary elections in Nicaragua, opponents of President Daniel Ortega were locked out of the opposition. There is no doubt about his victory even before the vote. The US government describes the elections as a “farce”. It works to “keep the dictator in power”.

Presidential and parliamentary elections in Nicaragua were held under strict security precautions. The current victory of Daniel Ortega in the election of the head of state was considered certain after the president, who ruled for 14 years, imprisoned opposition politicians, journalists and activists in recent months. Instead of promising opponents, five largely unknown candidates competed against the 75-year-old Ortega.

Voter turnout will be particularly interesting so we can anticipate actual support for Ortega. There is no compulsory voting in the Central American country of 6.5 million people. The weak opposition had called for a boycott of the elections, which were monitored by 30,000 members of the security forces. International observers, like most international media, were not allowed.

Two-thirds of them would have voted for opposition members

About two-thirds of respondents had recently told polling institute Cid-Gallup that they would have voted for one of the imprisoned opposition candidates had they been allowed to vote. Journalist Christiana Chamorro was one of the most promising competitors to the current head of state. The daughter of former president Violeta Barrios de Chamorro has been placed under house arrest since the beginning of June and excluded from the elections.

Chamorro and six other opposition presidential candidates were arrested based on a law passed by parliament in December that facilitates the disqualification of opposition candidates from the elections. Opposition politicians were accused of money laundering, high treason, or an assault on Nicaraguan sovereignty. Congress, like the judiciary and the electoral branch, is under the control of the president’s allies.

Ortega was already president in the 1980s, having previously contributed to the overthrow of dictator Anastasio Somoza in 1979 as the leader of the FSLN guerrilla. In 1990 a vote was taken to remove Ortega from office. In 2007 he was elected to the highest position again.

Sanctions against the Ortega government

Critics accuse Ortega of having developed an increasingly authoritarian and repressive style of rule over the years. Constitutional regulations limiting presidential terms were abolished. Mass protests against Ortega in 2018 were violently suppressed by security forces, resulting in more than 300 deaths.

The US government has called the election a “farce”, and the European Union’s foreign affairs representative, Josep Borrell, has called it a “fake”. It’s all about “keeping the dictator Ortega in power,” Borrell said. He announced that Brussels would not recognize the election result. Ortega, whose main allies include Venezuela, Cuba and Russia, accuses the United States and the European Union of “interfering” in his country’s internal affairs.

Two ‘midterm elections’ cards: This is what the US election result...