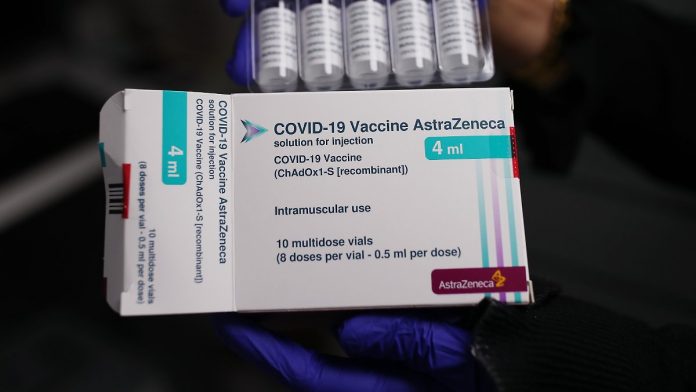 The third dose of Astra gives an extra boost

British researchers have shown that a third vaccination with the Astrazeneca vaccine increases protection against Covid-19 again. They are still critical of whether this moisturizer should be used in a timely manner. Meanwhile, tests are already underway with a modified version of the vaccine.

A third dose of the Astrazeneca vaccine creates a heightened immune response, according to the researchers. This was the result of a study conducted by Oxford University, which developed the vaccine with the British pharmaceutical company. Since, according to current knowledge, a two-dose vaccine protects against current viral variants for a longer period of time anyway, such a boost may not be necessary at all, says Oxford Vaccine Group Director Andrew Pollard.

Therefore, it is also not acceptable to give a third dose of the vaccine in the UK while no doses of the vaccine are available in other countries. The British government is considering plans for a vaccination campaign in the fall. Three-fifths of adults in the UK have already received two doses of the coronavirus vaccine.

The University of Oxford and AstraZeneca are also in the midst of new studies on the effectiveness of their modified vaccine against the beta variant of the coronavirus. Pollard said it’s important to prepare for changes in the coronavirus and therefore “to be one step ahead of the pandemic.” About 2,250 participants from Great Britain, South Africa, Brazil and Poland will participate in Phase II and III clinical studies using the slightly modified booster vaccine.

Some of the people tested are said to have been vaccinated twice with the original vector virus vaccine from Astrazeneca or with one of the mRNA vaccines such as those from Biontech and Pfizer, while others are said to have not yet been vaccinated. The first data is expected this year. The beta mutation was first discovered in South Africa. In May, the British government began clinical studies on the effectiveness of booster vaccination with existing Covid vaccines for the first time.

Experts believe existing vaccines against the beta variant are less effective, even if they continue to prevent serious diseases. In the meantime, however, the highly contagious delta variant, which was first detected in India and is currently progressing in some countries, including Great Britain, is of particular concern.