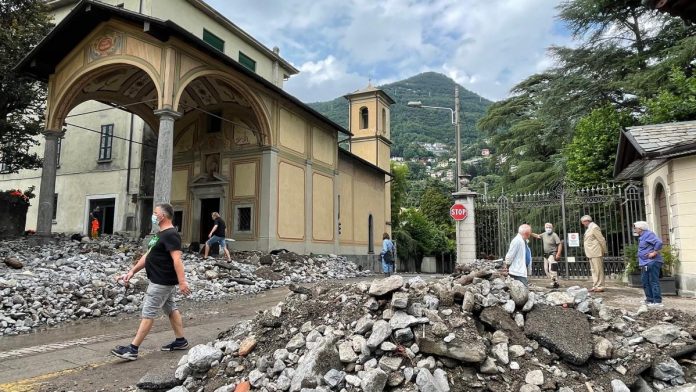 sCities on Lake Como were hit by severe mudslides and floods. Breno, on the West Bank, was hardest hit by the weather on Tuesday. There are 50 residents who were unable to leave their homes because the landslide caused a gas leak.

To the south of it at Cernobbio, firefighters cleared an apartment building that was at risk of flooding. The Italian fire brigade carried out more than 60 rescue operations in the lake in northern Italy. Lake Como is surrounded by mountains. There were no reports of deaths or injuries.

The agricultural lobby Coldiretti declared: “We are dealing in Italy (…) with the consequences of climate change, with a trend towards bloating and a multiplication of extreme events.”

On Monday, hailstones the size of tennis balls damaged nearly 100 cars on a motorway near Bologna in northern Italy. In the video, cars with broken windshields were seen.