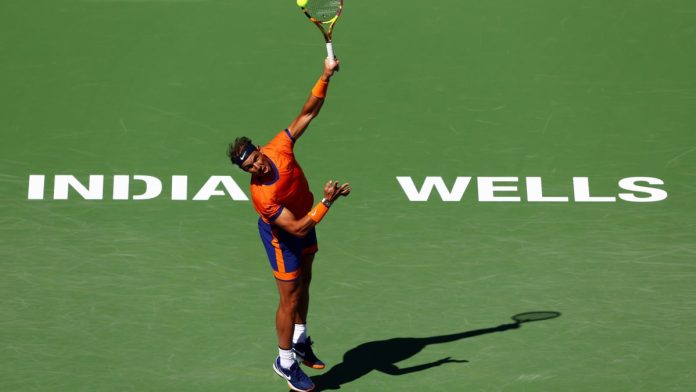 Grand Slam winner Rafael Nadal also won his 16th game in tennis this year, but only narrowly reached the next round at the Indian Wells Masters.

He defeated Spain’s Sebastian Korda of the USA 6:2, 1:6, 7:6 (7:3) at the start of Saturday and is now in the third round after farewell in the first round. There he meets Briton Daniel Evans. Korda gave Nadal a big fight, and he was already 5:2 in the last set and forced to break the tie after 5:6.

“I feel very lucky to have progressed,” Nadal said in an on-court interview. “Sebastian played great tennis.” “I didn’t play my best game, without a doubt. I started well but I made a lot of mistakes in the second set. It really got me in trouble.”