Home World Runoff in Italy: Election of the new mayor of Rome 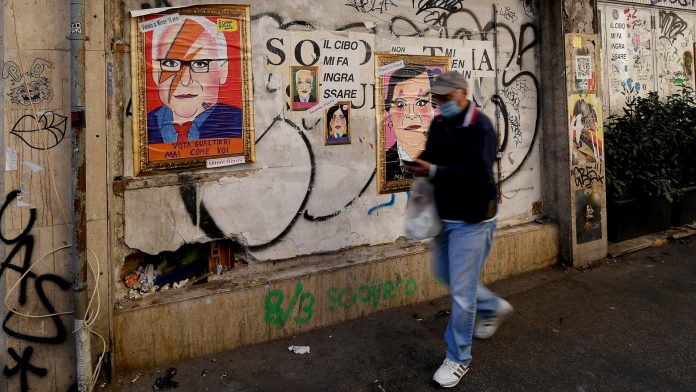 In Italy, runoff elections for mayor are held in several large cities. Both the center-left and the center-right are hoping for a political tailwind.

Italy is holding run-off elections for mayor in several major cities today. Above all, the decision is eagerly awaited in the capital, Rome: after the first ballot, the candidate of the centre-right coalition, Enrico Michetti, is in the lead. Lawyer, college lecturer, and radio host scored 30.1% on the first ballot. His opponent in the runoff was former Finance Minister Roberto Gualtieri of the Social Democratic Party, who scored 27.0 per cent.

In the run-off, the center-left politician is seen as little favourite – among other things because he garnered support from the camps that lost on the first ballot: Carlo Calenda, who ran for smaller left-liberal parties, declared that he would be with Gualtieri’s Social Democrat votes. The new five-star president and former Prime Minister Giuseppe Conte is also campaigning for the former minister. The former mayor, Virginia Raggi of the Five Star Movement, apparently failed on the first ballot with 19.1 percent of the vote.

Clear preferences in Trieste and Turin

According to many commentators in the Italian media, the outcome of the vote in Rome is an important test of political sentiment. For political parties and alliances, Rome’s victory was often followed by success at the national level.

In the industrial city of Turin, there will also be a decision in the runoff between the center-left candidate and the centre-right candidate. In the first round comes the Social Democrat Stefano Lo Russo, who scored 43.9 percent in the first ballot. His rival is businessman Paolo D’Amilano (38.9 percent), who is backed by Lega, the Brothers of Italy party and Silvio Berlusconi’s Forza Italia.

In Turin, too, it may be crucial how the voters of the Five Star Movement decide. Her former mayor, Chiara Abendino, did not run again, and new five-star candidate Valentina Sjanga received just 9.0 percent on the first ballot.

The third city where the runoff will be is the coastal city of Trieste. Here, center-right candidate Roberto Dipiazza leads by 46.9 percent over his center-left rival Francesco Russo (31.6 percent).

Elections in Milan, Naples and Bologna had already been decided in the first ballot two weeks earlier. Center-left candidates prevailed there.