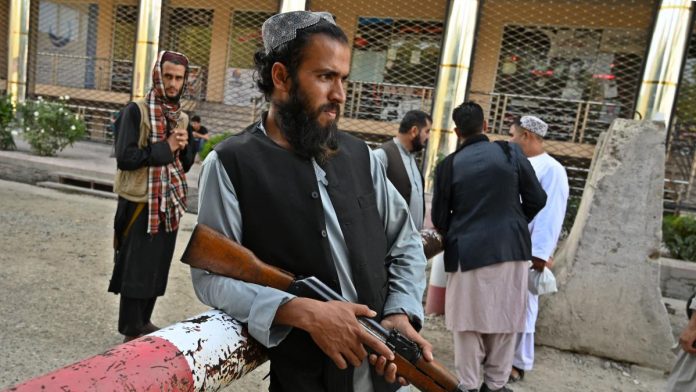 The United Nations estimates that 85,000 Afghans from neighboring countries will have to resettle in Afghanistan alone in the next five years. EU countries should take half of it. Johansson, the EU’s home commissioner, believes this is possible and appeals to member states.

DrThe European Union considers it possible to accept 42,500 Afghan immigrants over five years. EU Home Affairs Commissioner Ylva Johansson said on Thursday in Brussels. The EU has a moral obligation to help, but any decision on this lies with the member states.

According to Johansson, the UN High Commissioner for Refugees, Filippo Grandi, estimates that about 85,000 Afghans will have to be relocated from Afghanistan’s neighboring countries to other countries in the next five years. “It has been suggested that the European Union take more than half of it,” she said.

johansson CertainThe evacuation of the most vulnerable Afghans, including journalists, NGO workers and human rights activists, especially women, must continue. Some 22,000 Afghans have already been accommodated in 24 EU member states. Johansson stressed that the EU was “ready to do more”.

Meanwhile, the UN Human Rights Council pushed through the appointment of a rapporteur on Afghanistan. “This is an essential step to ensure continued monitoring by an independent expert and to prevent further deterioration of the human rights situation in Afghanistan,” said Lute Knudsen, the European Union representative to the United Nations in Geneva, after the proposal was adopted on Thursday.

The European Union introduced a resolution on the one-year mandate of the UN Rapporteur with the support of the United States of America. Even the representative of Afghanistan appointed by the old government spoke in his favour. The 28 member states of the United Nations Human Rights Council voted in favor of the resolution. China, Russia, Venezuela, Pakistan and Eritrea voted against it and 14 countries abstained.

In mid-August, the Taliban seized power in Afghanistan after the withdrawal of NATO forces. Since then, there have been concerns that the Islamists might commit as many human rights abuses, as they did during their first rule in the 1990s. The Taliban have pledged to respect the rights of minorities and women, but there are increasing reports of human rights abuses.

What effect does light have on our mood in the dark...