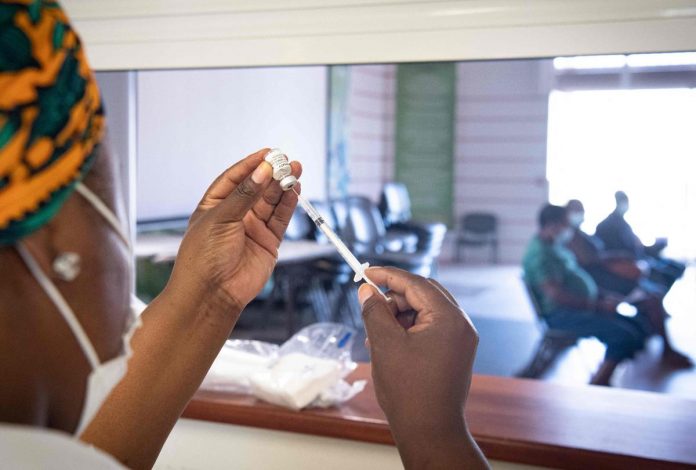 Health and Foreign Ministers Olivier Veran and Sebastien Licornu have chosen two “conditions” to “take into account the health situation”: free public testing and vaccination requirements that will be required for care staff.

Following the recommendations of the mediation mission, the government decided on Sunday to postpone the obligation of free public examination and vaccination of caregivers to December 31 in Martinique, where the joint consortium of the CHU opposes the health permit and this obligation.

December 31 is the end date of the health emergency in this outer section. The first injection is tentatively scheduled for October 24, after the first exemption, before December 6.

The national mediator, Danielle Toplier, who arrived on November 1 in Fort-de-France to find a way out of the current conflict, indicated during a press conference that he had met more than a hundred people during his stay on the island, where the “worried and divided” residents were particularly affected by the killing spree. Fourth”.

According to the latest figures from the Regional Health Agency (ARS), 700 people have died from Covid-19 in Fort-de-France CHU since the start of the pandemic, and only 38.6% of people over 12 years of age have a full vaccination schedule.

With the support of virologist Emmanuel Gordian, and the county’s director of work, Leander Burui, the mediation was unsuccessful in establishing mediation, in the face of health laboratories, which demanded to expand their mission beyond the scope of public service alone.

However, it made six recommendations in order to “maintain patient care capacity” at Martinique University Hospital, who “fear deterioration of care, with the division” prevailing among hospital teams.

In their press release, the ministers stressed that “the low vaccination coverage of the population of Martinique exposes the region to a fifth wave that could have more catastrophic consequences than the fourth wave that is still underway.”

A consensus in the assembly on the possibility of restoring the...

COVID-19: Masks will not be mandatory in school yards from Thursday