Home Economy Numbers for Giga Factory: Tesla now has more than 4,000 employees in... 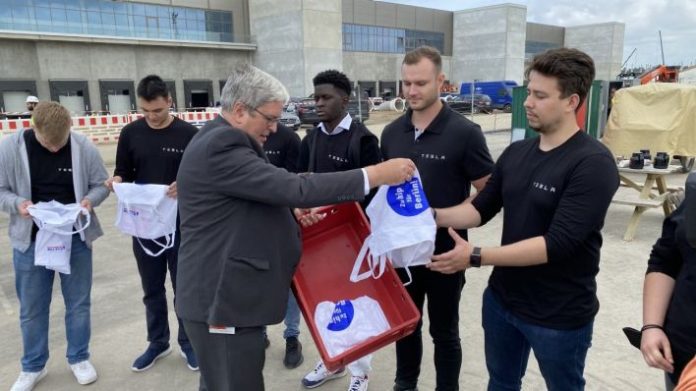 About a third of Tesla’s target workforce already works in Grünheide. Employees come from 50 countries. Electric cars are still made in one shift, but that will soon change.

According to the Brandenburg state government, US electric car maker Tesla employs about a third of the target at its first European plant in Grünheide (Oder-Spree). Just over 4,000 employees have been hired so far,” Economy Minister Jörg Steinbach (SPD) said Wednesday at the state parliament’s Economic Committee. They come from 50 countries. Half of the employees live in Berlin, about 40 percent live in Brandenburg and ten percent live abroad.

Tesla plans to have 12,000 employees produce 500,000 vehicles a year in the plant’s first expansion phase. Steinbach said in his report that several thousand Model Y cars have been built so far. “Delivery of electric cars made in Brandenburg will then reach all of Europe, so they won’t be restricted locally here.”

The company announced that it will take time to ramp up production. According to the state government, electric cars have so far been manufactured in a single shift operation. “The second turnaround is scheduled to begin in the second quarter,” Steinbach said. Thereafter, a third shift will be planned based on increased production. Applications are currently being processed for 145 dual-study and training places. If all positions were filled, Tesla would be the largest training company in Brandenburg.

Steinbach explained that the installation of the photovoltaic system on the roof of the plant has begun. “This will likely be our largest continuous PV field anywhere.”

The plant opened on March 22 in the presence of Tesla President Elon Musk and Chancellor Olaf Scholz (SPD). Critics fear negative consequences for the environment because part of the site is located in a water protection zone. From Monday to May 20, the responsible Brandenburg authorities will check whether state requirements have been complied with during construction and operation.