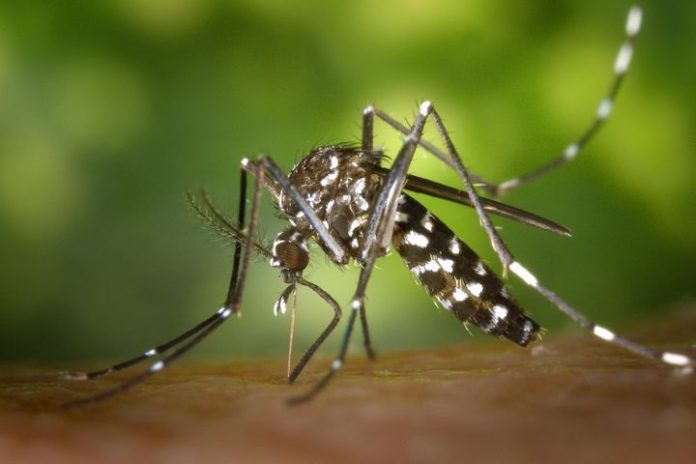 The Algerian Pasteur Institute (IPA) alerted on Sunday, July 3rd, the presence of the tiger mosquito, which is currently invading the north of the country.

Originally from the tropical forests of Southeast Asia, the tiger mosquito (Aedes albopictus) has adapted to different environments especially the urban environment by making use of many containers (vases, pots, cans, gutters, etc.), in which it lays its eggs in small quantities The International Federation of Publishers wrote in a statement that the tiger mosquito likes to feed on humans.

In Algeria, the same source adds, this type “was first reported in 2010 in Tizi Ouzou”, but “effective fixation” was observed only “in 2015 in the city of Oran (Ain el-Turck)”. The Pasteur Institute warns that “the tiger mosquito has currently invaded most of northern Algeria,” noting that it is present in more than 60% of the northern regions.

How do we get to know him?

On the IPA website, there is also some practical information about this mosquito. It is usually recognized by its “dark color with alternating black and white stripes all over its body and legs”, because it is “small in size compared to common mosquitoes seen in homes or crawl spaces”.

These mosquitoes “can transmit some viruses that cause diseases to humans such as dengue fever, chikungunya, or Zika,” the IPA states, adding that “their bites cause intense itching.”

The right things to do

Regarding the correct gestures to avoid spreading, the institute calls for “first eliminating standing water in pots, saucers, bowls, seals and any other container that may contain water,” to “regularly emptying the water in dishware flower pots or replacing water in vases with wet sand.” Finally, covering water tanks and tanks (jars and tanks) with a cover or a mosquito net.

To avoid being bitten by a tiger mosquito, when you are in a neighborhood where it is active, the IPA calls on citizens to “wear long-sleeved pants and a shirt or jacket,” “apply a spray containing lemongrass extract to organs at risk for bites” or “ignite a mosquito repellent diffuser coil,” To be bought in stores and supermarkets.”

What to remember from the latest reassuring models from the Institut...

Twelve regions are now in an epidemic stage

Sixth wave | Two ‘decisive’ weeks for the network, according...