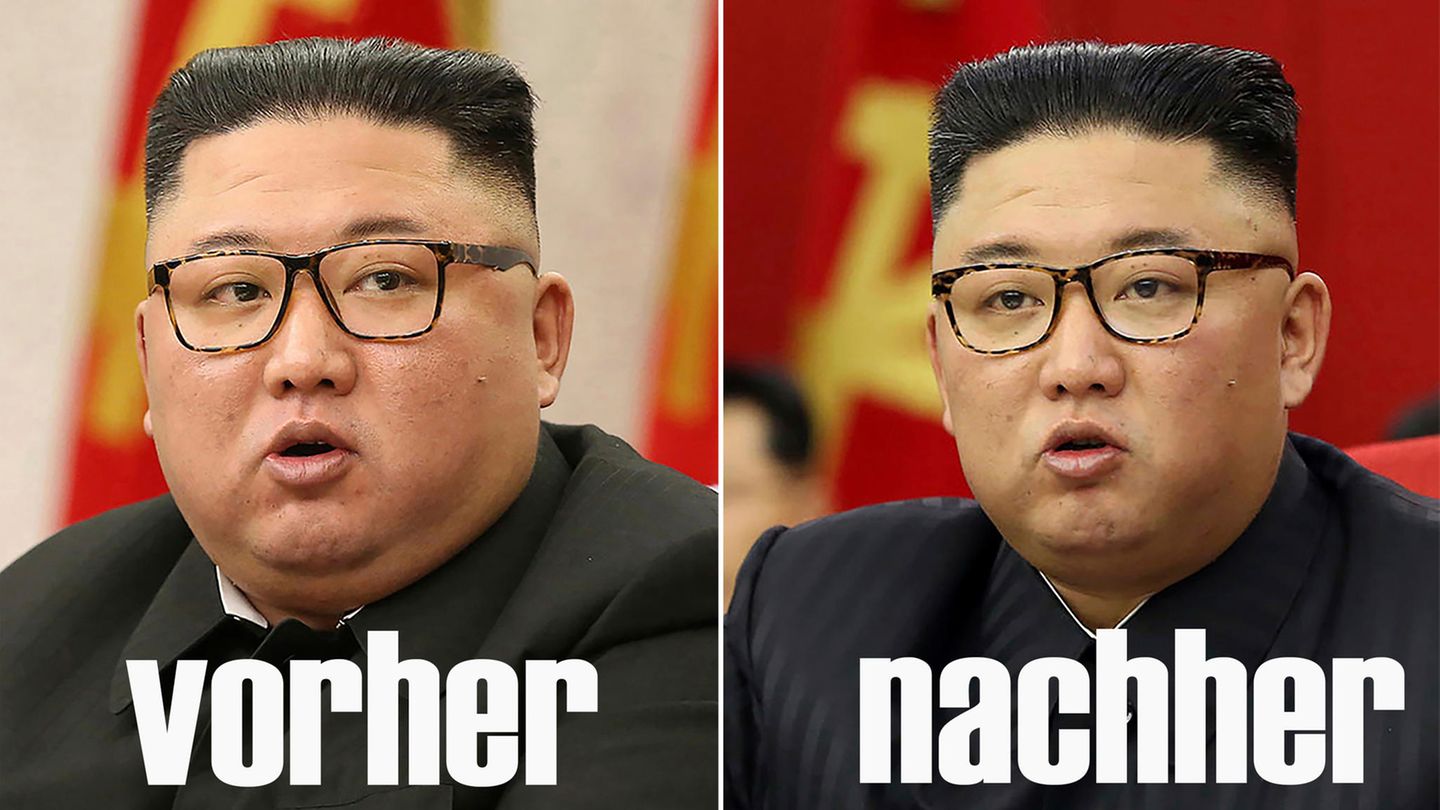 for better or worse?
Kim Jong-un lost weight. But no one in North Korea is allowed to talk about it

North Koreans are not allowed to gossip about Kim Jong Un’s weight loss, it is considered reactionary. But there is an official explanation: Kim is passing along with his people.

The leadership in North Korea appears to be warning its citizens against gossiping about Kim Jong Un’s current weight loss and speculation about his health. As reported by “Radio Free Asia”, citing unnamed sources in North Korea, such rumors will be classified as “reactionary action.” At Kim-Land, this means that anyone who babbles and gets caught must face extremely harsh penalties.

However, there is an official explanation for the lost weight, it is said: Kim is in good health and the recent weight loss shows that he suffers on the part of his people. It is an act of solidarity in the love of the people and the country. In addition to the chronically inadequate food supply for North Koreans, the global coronavirus pandemic is currently being added.

Speculation arose after Kim looked noticeably thinner than before in June after a long absence in public. The source was quoted as saying, “This is the first time that the authorities see the necessity of having monitoring units in every neighborhood announcing that the Supreme Leader does not suffer from health problems.” On the other hand, many citizens were more relieved that they would have considered the former weight of the dictator more dangerous to his safety.

Despite all the urgent warnings: at neighborhood meetings with monitoring units, Kim’s health was repeatedly discussed – also with representatives of the authorities. Clearly, this alone represents a turning point. Because, as quoted by another source: in the time of Kim Jong Un, his grandfather Kim Il Sung, the public debate about his health was as unimaginable as it was during the reign of Kim Jong Un, who died in 2011.

Video: North Korean state television KRT released a video clip showing Kim Jong Un with a bandage on the back of his head. This sparked speculation about the health of the North Korean ruler.