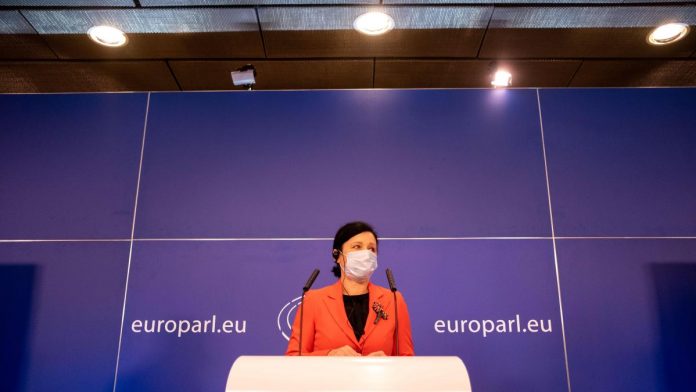 From the beginning of July, Slovenia will assume the presidency of the Council of the European Union, led by Prime Minister Janez Jansa. German MEPs, Nicolas Beer and Katerina Barley, are now warning clearly of potential unrest.

FLeading German European Parliamentarians are warning Europeans about Slovenia’s presidency of the EU Council, which begins in early July and is chaired by Prime Minister Janez Jansa. I appeal to everyone with a responsibility at European level, Member States, the European Commission, Parliament and the media, not to give Jansa a stage for his anti-democratic rhetoric and policy. There is always hope that even difficult heads of government will become more supportive of the state while presiding over the council. “But I’m afraid Jansa will disappoint that hope,” said European Parliament Vice-President Katharina Barley (SPD), WELT.

The politician compared Jansa to the controversial Hungarian Prime Minister Viktor Orban: “He is progressing very similarly to Orbán to subjugate himself to the state.” Parly said Slovenia’s six-month presidency of the European Union would be a “challenging time”.

Like Parly, FDP politician Nicolas Beer, who is also vice-president of the European Parliament, warned: “Prime Minister Jansa should be ready to negotiate European solutions, and not herself be a European problem,” she told WELT.

Bir accused Slovenia’s prime minister of not cooperating with the newly established European Prosecutor’s Office and of insulting critical media. “Anyone who denigrates the Slovenian news agency as a ‘national disgrace’ jeopardizes press freedom and puts unacceptable pressure on journalists and bloggers.”

Beer said Jansa should “prepare that we take a very hard look during the EU presidency and will not hesitate to publicly criticize this behavior as intolerable”. She added: “The presidency of the Council of the European Union is not a reason for false consideration.”

A massive explosion destroyed an oil tanker, many missing