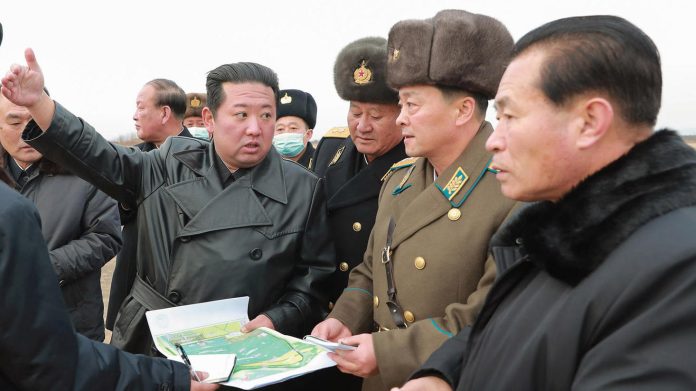 North Korea has launched another missile into the sea for the seventh time this year. According to information from South Korea, it was a medium-range missile.

Despite international sanctions, North Korea, a self-proclaimed nuclear power, conducted its largest missile test since 2017. The General Staff of the South Korean armed forces said that, on Sunday, North Korea launched a medium-range missile that flew 800 km towards sea ​​view. The ballistic missile reached a flight altitude of 2000 km.

North Korea has already tested missiles several times since the beginning of the year. Ahead of the latest test, the country said it launched two “surface-guided tactical missiles” with conventional warheads on Thursday.

North Korea regularly tests different types of missiles. For years, the communist leadership in Pyongyang has been pressing ahead with the development of missiles that could be fitted with nuclear warheads. Therefore, it is subject to harsh international sanctions.

In the face of criticism for its missile tests, North Korea claims it is exercising its right to self-defense, among other things. The country declared itself a nuclear power. But due to negotiations over its nuclear weapons program, its status is open. The United States’ negotiations with North Korea have not progressed in three good years.