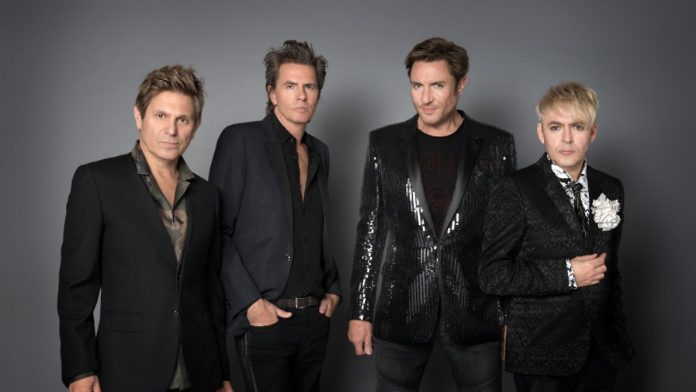 New video with the star lineup

Duran Duran celebrates with Putin and the Queen

“Future Past,” the new album of ’80s heroes Duran Duran, will be released on Friday. There’s already a new video up front marking their 40th anniversary. In addition to the band members themselves, there are a lot of stars that can be seen in the clip – or maybe not?

Founded in the late 1970s, Duran Duran has been successfully involved in the music business since the early 1980s. They had hits like “Hungry Like A Wolfe”, “Save A Prayer” and Bond’s song “A View To A Kill”. On Friday, the 15th British studio album “Future Past” will be released and will be followed by an interview with singer Simon Le Bon and keyboardist Nick Rhodes. But now the quartet’s latest video for “Anniversary” is celebrating its exclusive premiere on ntv.de.

It’s a great display of what to see there against the backdrop of Belvoir Castle in Great Britain. Excited celebrities from all walks of life get out of their expensive buggies and strut across the red carpet in a thunderstorm of flashlights from the paparazzi. You can see Lady Gaga, Victoria Beckham, Daniel Craig, Elton John, Brad Pitt, Dolly Parton and many more.

And the rotation of the rotation itself is also present, of course – albeit in two forms. You can see Le Bon, Rhodes, John Taylor, and Roger Taylor all smiling for the camera with a smaller version of themselves. And if you take a closer look, you will discover that Vladimir Putin and the Queen are partying very hard. At least now it’s clear to everyone that something is wrong here.

The director is a famous artist

Allison Jackson is responsible for the clip as director. The British photographer and video artist is known for his supposedly intimate poses with pairs of famous personalities from politics, film and music. This passion was unleashed by the video.

An “anniversary” joke is also a precursor to an event that will take place next Thursday. In the live broadcast, Duran Duran answers questions from “Billboard” editor Larry Flick and reveals previously secret stories from their time together. Director Jackson will be there, too. Furthermore, there is the world premiere of the half-hour documentary “Double Take,” which gives viewers an exclusive look behind the scenes of the video for “Anniversary.”