Home World Natanz: Iranian media are talking about an explosion in the sky near... 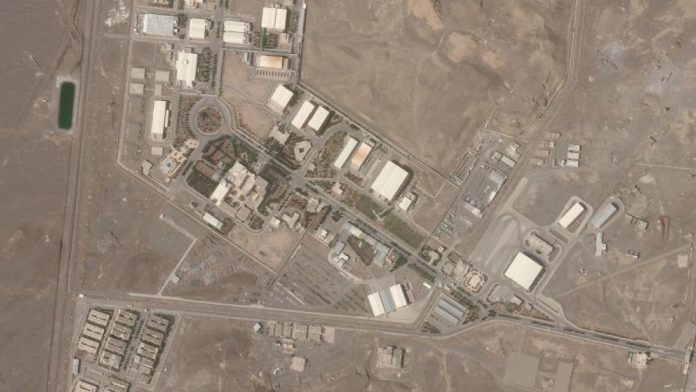 In Iran, close to the Natanz nuclear facility, a huge explosion occurred in the sky. The first reports about the cause are contradictory, then the army talks about a test. During the week, talks on the nuclear deal in Vienna failed.

IAccording to Iranian media, an explosion occurred in the sky near the Natanz nuclear facility.

Explosion occurred And therefore At 8:15 pm local time in the skies over the city of Badrud, 20 kilometers from the Natanz nuclear facility. The blast was said to be so powerful that the wave damaged the doors of many nearby homes.

An army spokesman saidIt was a test of the missile defense system to ensure it was “ready” for a quick reaction and to assess the systems. The governor of Natanz had said earlier that the cause of the explosion was still not clear and that an investigation was underway by the army and police at the site. Iran’s Fars News Agency initially said a drone had been shot down.

“An hour ago, our missile system was tested in the area to check our combat readiness,” the military commander in charge of the Natan district told state television. “There is nothing to worry about.” The test was used to verify systems and was conducted in a “totally safe environment”.

New Iranian centrifuges for uranium enrichment are manufactured in Natanz. The compound has been the site of attacks attributed to Israel on several occasions. Israel wants to prevent Iran from arming with nuclear weapons.

Iran wants to enrich uranium up to 60 percent

Iran wants to enrich uranium to 60 percent. The 2015 international nuclear agreement only allows Tehran to enrich uranium to 3.67 percent for civilian use of atomic energy. The 2015 agreement aims to prevent Tehran from building nuclear weapons. Among other things, the country has pledged to limit its uranium enrichment capabilities and allow regular inspections of its nuclear facilities. In return, international sanctions were lifted.

Meanwhile, a high-ranking representative of the US government said, on Saturday, that Iran made demands in the nuclear talks in Vienna that go far beyond the subject of the negotiations and did not reveal any “serious” efforts to abide by the terms of the nuclear agreement. The nuclear deal again.

The US diplomat warned that the United States would not accept a situation in which Tehran would expand its nuclear program and use negotiations only to buy time. He called on Iran to “show seriousness” and return to the negotiating table and once again abide by the terms of the nuclear deal. The United States remains ready to return to its commitments and lift sanctions that contravene the agreement.

European diplomats were also disappointed on Friday after five days of talks and accused Tehran of taking a destructive stance. The German, French and British negotiators said: “Iran is walking away from almost all the hard concessions that were agreed upon in several months of difficult negotiations.” Thus, the time window for a diplomatic solution is getting smaller and smaller.

The goal of the negotiations is to restrict the Iranian nuclear program again and to lift US sanctions on the Islamic Republic. This is to save the 2015 nuclear deal that is supposed to prevent the development of nuclear weapons in Iran. Then US President Donald Trump unilaterally terminated the agreement in 2018.

Current US President Joe Biden has essentially signaled his readiness for a new version of the agreement with Iran.

When talks were suspended for five months in June, some elements of a potential agreement had already been worked out. In the Vienna talks, the three EU countries with Russia and China mediated between Iran and the United States.

UN Security Council: Resolution against Russia is a failure