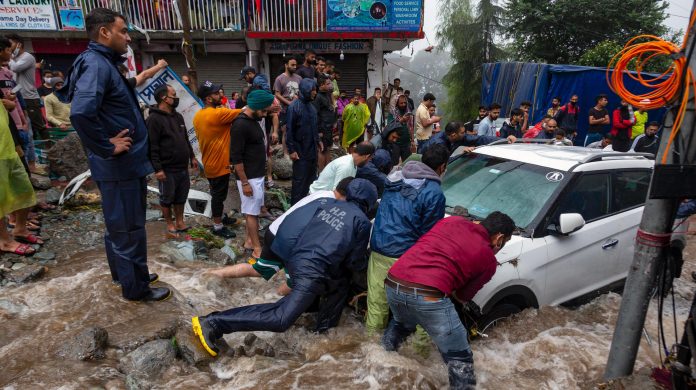 In India, more than 50 people were killed by lightning in violent storms. 11 people died when lightning struck two towers of a fort dating back to the 12th century, police spokesman Saurabh Tiwari announced on Monday in Jaipur, the capital of Rajasthan. Amer Fort towers filled with visitors on Sunday to watch the storm sweep through the city. Many of them were apparently on their way to take a picture of themselves with the lightning bolts.

About 30 people were in the constellations at the time of the thunderbolt. “Some of the injured died from the shocks. Others ran in panic and pain,” Tiwari said. 11 people were killed and 17 injured. So three of the wounded were in mortal danger.

In Uttar Pradesh, India’s most populous state, at least 42 people have died due to lightning, according to disaster control authorities. According to media reports, about ten more people were killed in other parts of Rajasthan.

Prime Minister Narendra Modi on Monday promised financial support to the families of the victims. In India, hundreds of people die every year in powerful storms at the start of the monsoon season.