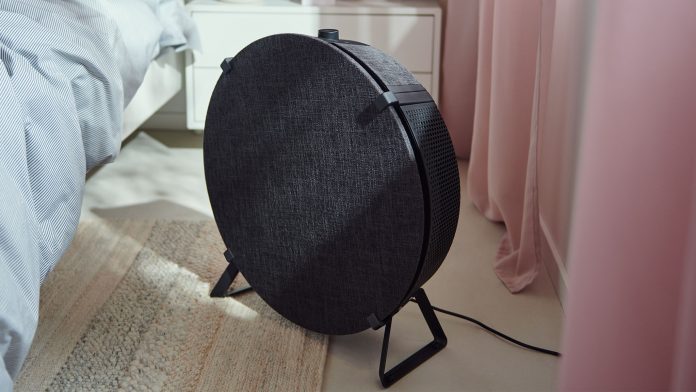 In addition to the abundance of light, IKEA wants to ensure clean air in the smart home. The Swedes have already shown with Förnuftig that this can work. It turns out that the design of an expensive 50 euro air purifier was much more effective. It’s just a gray box. Starkfind should do better. The new air purifier is not only available as a functional stand-alone device, but is also built into a side table.

More than a light breeze

but that is not all. Starkvind operates independently, but anyone who already has smart home appliances from the furniture store and controls them through the gate can also integrate an air purifier. Then turn on the device using the IKEA Home smart app. Starkvind offers five fan speeds, you probably don’t need any of them, because there is also an automatic mode. Using the air quality sensor, the air cleaner identifies fine dust contamination in the room and automatically adjusts the fan speed. If you prefer not to rely on the automatic system, you can view air quality data in the app.

Designed for rooms up to 20 square meters in size, the Starkvind filter system consists of three filters: a pre-filter is designed to capture hair and dust, and a particulate filter absorbs 99.5 percent of fine dust, according to the manufacturer. This also includes pollen and herbs. Last in the group is the gas filter, which is supposed to put an end to formaldehyde and other VOCs. At the same time, according to the manufacturer, Starkvind reduces unpleasant odors that arise when smoking, for example.

As a standalone device, the Starkvind appears in black and white. The table comes in black and brown in stores. The air purifier is supposed to be available from October 2021. IKEA doesn’t set specific prices, but Starkvind should be affordable.