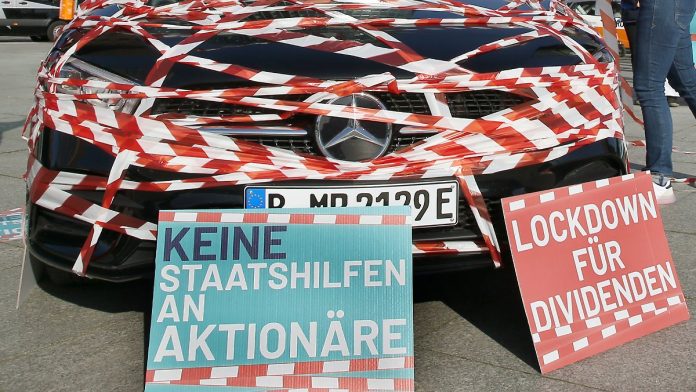 First the gains, then the climate protection

Big German companies are investing far less than would be necessary to become climate neutral in the coming decades. They have enough money to do this. However, companies prefer to distribute their profits over investing in the future, NGOs complain.

Instead of investing enough in climate protection, according to one report, 30 DAX companies are distributing an increased portion of their profits to shareholders or creating financial reserves. According to a report by Oxfam Germany and the Finanzwende citizens’ movement, many DAX companies have the financial leeway for the investments required by the European Union to become climate neutral by 2050.

The two organizations called for a corporate legal framework that ensures that corporations no longer put the interests of shareholders above the public good. The report analyzes how 30 DAX companies have used their dividends in the past few years: Between 2009 and 2020, dividends rose 85 percent, nearly double earnings, which rose 48 percent.

According to the report, individual companies (RWE, Eon and ThyssenKrupp) transferred money to their shareholders in the years of losses. In addition, financial reserves have grown from 122 billion euros in 2014 to nearly 200 billion at the end of 2020. According to the information, it is mainly shareholders who benefit from this, as large reserves increase the value of the company.

Profits up to double the investment gap

At the same time, according to the report, there was a lack of climate protection. Oxfam and Finanzwende each sector have calculated the investments companies will need to make annually in order to make their business models climate neutral by 2050. According to the information, all companies are investing very little, and many will be able to do so – without government subsidies or tax breaks.

In the transportation sector, for example, the investment gap between BMW, Daimler, Volkswagen and Lufthansa is 13.8 billion euros a year, according to the report, and their earnings have recently averaged more than double. The authors explained that if companies were to make the necessary climate investments from this, they could, on average, distribute over the 2009 and 2010 level.

See also  Evonik in Niederkassel-Lülsdorf: a chemical company wants to sell the site

The Turkish lira is collapsing … Politicians advise to provide food