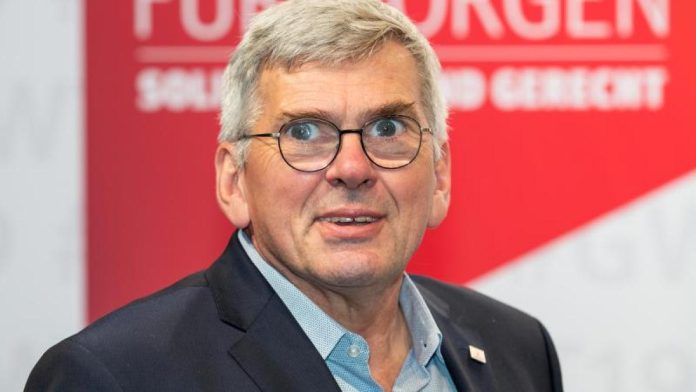 FRANKFORT/MAIN (dpa) – Ending the Volkswagen management dispute is by no means certain from IG Metall’s perspective. After the decision to reorganize the board a week ago, union president Jörg Hoffmann of the Frankfurter Allgemeine Zeitung said (Saturday), it now depends on how CEO Herbert Diess does his job. “This is a last-ditch effort to cooperate,” Hoffman says. “We do this in the hope that his intermittent seizures will be over.” If not, the topic will have to be re-evaluated. “I have no illusions about that.”

The conflict sparked, among other things, alleged statements by Deiss about a possible downsizing. The Business Council has been highly critical of this. After several weeks of power struggle with parts of the supervisory board, the supervisory body decided on December 9 that Dess would retain his position. In addition, the head of Volkswagen’s core brand, Ralf Brandstätter, will be promoted to the board of directors in the new year. In the future, Dess himself will deal mainly with strategic issues in the largest European car group.

“If Herbert Diess wants to develop the company as Chairman of the Board of Directors, he has to prove himself,” said Hoffmann, vice-chairman of Volkswagen’s supervisory board. The past cannot be erased. However, it is now the right solution for VW, “that we as employees can avoid a fundamental conflict with shareholders and continue with Mr. Dess for the time being”.

Its strategic competence is indisputable, Hoffman said, but that alone is not enough for a CEO. “As I see it, this also includes the ability to inspire the team. Do it not on Twitter or LinkedIn, but through good, reliable communication.”