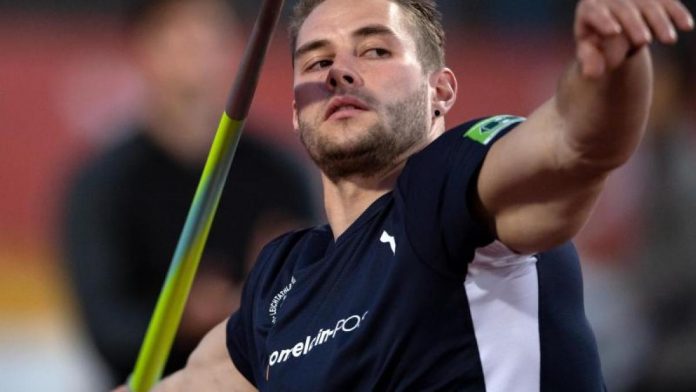 Mallika Mihambo and Johannes Vetter weakened slightly at the last Diamond League athlete meeting ahead of the Tokyo Olympics.

The Offenburg javelin avoided his first defeat after 17 consecutive wins at Gateshead – by 85.25 meters in the final round. Then the favorite Olympic player reprimanded the organizers in Sky for the bad surface: “You can break your legs. I was here for the first and last time!”

LG Kurpfalz’s world long jump champion Malaika Mihambo still had major problems with her lead in the race and finished second with 6.65 metres. For the 27-year-old, this was the last competition before Tokyo. On the Fourth of July, Mihambo landed in Stockholm at an altitude of 7.02 meters, but it was supported by the wind. This time, European indoor champion Marina Beach Romanchuk (Ukraine) with a distance of 6.77 meters in front. Behind Mihambo, Spain’s Fatma Diane took second place, although she jumped 6.67 meters. Mihambo was better than Diane on the controversial base of the meetings, with the top three battling it out at the sixth attempt.

Vetter is the obvious Olympian favourite. The 28-year-old world champion from 2017, who last crossed the 90m seven times in a row, also had to pay tribute to a tough training stage this time around. Kishorn Walcott (Trinidad and Tobago), the 2012 Olympic champion, reached 82.81 metres. The second place went to the German champion Julian Webber from Mainz with 81.07 meters thanks to the decisive final round.

Recently, Vetter did not win a competition for his third place in the 2019 World Cup in Doha/Qatar. He wants to undergo a final examination at the meeting in Thom on July 16th. His best player in the world this year is 96.29 metres.

See also  Three against rival Bayer: RB Leipzig surrenders in the fight for the first division