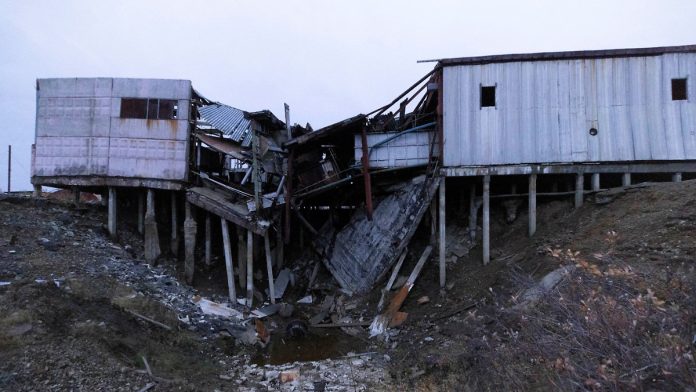 The permafrost thaws and becomes a danger in itself. Leaking greenhouse gases not only continue to warm the Earth. Melting snow can damage homes and streets. There are ways to stop the destruction, but they are expensive.

Climate change is causing the Earth’s permafrost in northern regions and some mountains to melt faster and faster. Thus, 30 to 50 percent of buildings and infrastructure facilities in these areas are at risk of damage of varying severity by 2050. This is the result of the review article by an international research group led by Jan Hurt from the University of Oulu (Finland) in the journal Nature Reviews Earth & Environment”. Part of the damage may occur in Russian regions where natural gas used in Germany and other European countries is produced.

In many regions far to the north, the water in the land is in the form of ice. In summer, the 1-2 meter upper part partially thaws and freezes again in winter. Global warming means that large parts of the permafrost are melting deeper than ever before. As the ice gives the land additional support, the melting floor becomes increasingly unstable and – depending on the type of land and the amount of ice it contains – subsidence and landslides occur.

About 65 percent of Russian land has permafrost; Therefore, Russia is particularly affected by the melting of land ice. The scientists wrote: “At the beginning of the 21st century, many buildings showed permafrost deformations, from about 10 percent of buildings in Yakutsk and Norilsk to 80 percent of buildings in Vorkuta.” Several roads, railways, airstrips and pipelines were also damaged. This also applies to Canada, Alaska, Greenland as well as the Tibetan Plateau.

The researchers wrote that about seven billion US dollars would have to be raised between 2020 and 2050 just to repair damage to Russia’s current road network caused by thawing permafrost. An additional 200-500 million dollars will be added annually to achieve the goals of the Russian transport strategy. Housing replacements will require an additional $500-600 million annually.

However, Hjort’s team also reports on various technical measures by which road damage can be minimized or even avoided. Some methods aim to dissipate heat from the Earth’s interior, for example by using loose bedding in which natural air circulation is created that promotes warm air upwards.

Not only infrastructure is at risk

Thermososphons, heat sinks and very flat sidebars also have a similar effect. Other measures reduce heat absorption in summer, such as elevation or insulation of the road surface, sun protection for side areas or a highly reflective asphalt surface. However, all this costs more than the usual construction methods.

Thawing permafrost is in the focus of scientists’ attention for various reasons. The frozen ground stores a lot of carbon, some of which is released into the atmosphere in the form of greenhouse gases, carbon dioxide (CO2) and methane (CH4).

Many pollutants could also be released in the coming decades, as was recently shown in a study published in the specialized journal Nature Climate Change. Because toxic or radioactive waste has polluted the soil in some areas, which was previously not a problem due to permafrost. Even ancient bacteria, some of which are resistant to antibiotics, can be brought back to life by thawing, some accidents have already shown.

Suspicion of corruption in Brussels: the arrest of the Vice-President of...