Home Economy From Amazon to all – Bezos is corporate management 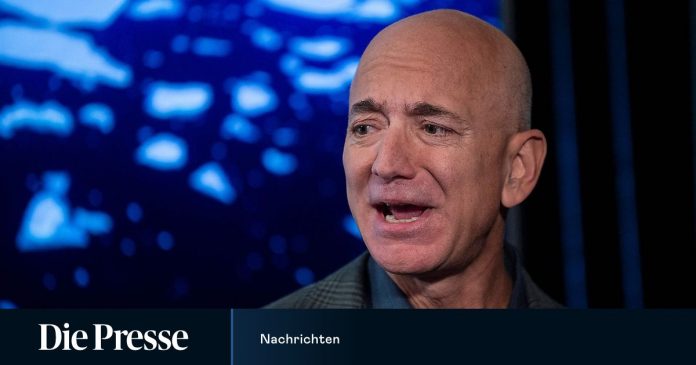 As chairman of the board, Jeff Bezos will continue to shape the fortunes of the online giant. The 57-year-old’s gaze is now directed toward space.

After nearly three decades at the helm of Amazon, the company’s founder, Jeff Bezos, will step down on Monday. The move was announced a few months ago. The wand will be officially handed over to his successor Andy Gacy, who previously headed the booming cloud division, on Monday. Bezos remains chairman of the board and is likely to have a decisive impact on the company’s future. The 57-year-old says he wants to devote himself more to other projects in the future, such as his space company Blue Origin.

On July 20, he plans to personally participate in the company’s first manned flight into space. Bezos founded Amazon in Seattle in 1994 as a small online bookstore. Since then, Amazon has developed into one of the largest internet companies in the world. The company employs more than one million people worldwide.

On July 5, 1994, Jeff Bezos and his then wife Mackenzie opened an online bookstore in a garage near Seattle. This resulted in the creation of one of the largest and most powerful companies in the world: Amazon. Bezos has run the company ever since, but it’s over now. Exactly 27 years after founding Amazon, the 57-year-old has left the position.

Planning for a new residential and commercial area

DWS becomes the official global investment sponsor of the Lakers |...

Search engine: Googling greener: This is how the internet giant wants...