Home science Fresh Up Betony Pizza on the origin of cases of E. coli... 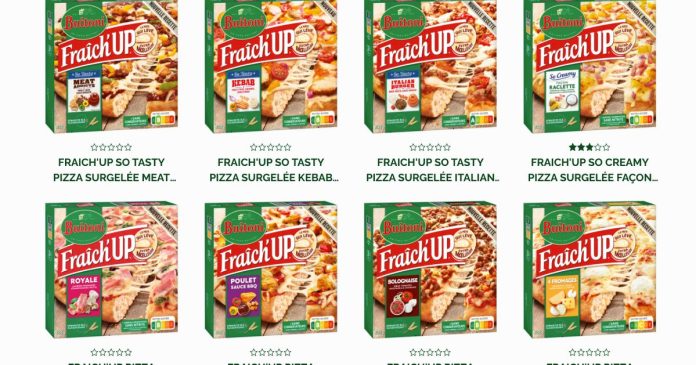 Fraich’Up collection of Buitoni’s frozen pizza originally due to the presence of Escherichia coli bacteria.

Health – On Wednesday, March 30, the French health authorities announced that there is a link between Buitoni brand pizza and some recent cases of E. coli contamination in French children, noting the necessity of destroying the products in question.

Analyzes confirmed “a link between several cases and the consumption of frozen Fraîch’Up pizza of the Buitoni brand (Nestlé group) contaminated with Escherichia coli bacteria,” the DGH announced in a press release, which relies on the government, while large quantities of recalls have already begun. This pizza was two weeks ago.

The authorities have also issued a number of recommendations as France has seen a rise in HUS cases linked to E. coli contamination since the end of February. These conditions that cause kidney failure occur in children. Two of them died as a result of these contaminations.

Public Health France is calling on every French family to “make sure the fridge doesn’t contain any” and asks pizza carriers from the range in question to “not consume and damage it”. As a precaution, it is also recommended that any frozen pizza be destroyed separate from its packaging, if it is impossible to officially determine the origin of the product.

“It is a very tragic situation,” said Jerome Gaton, General Manager of Nestlé France. “We will assume all our responsibilities,” he confirmed during a video update on Wednesday.

And the health authorities remind the need to consult a doctor in the event of diarrhea, abdominal pain or vomiting within ten days after eating pizza.

Consultation is also necessary if, within two weeks, signs of severe fatigue, pallor or decreased urine volume appear, which have become darker. “If symptoms do not appear within 15 days of consumption, it is also stated that there is no cause for concern,” concludes DGS.

In total, according to the last count determined on Wednesday, 41 serious cases have been identified and an additional 34 cases are being evaluated.

According to his information, the Nestlé group “prefers to consider possible contamination in the dough”. In fact, this pizza contains “flour, which is an agricultural product, and there is a risk of Escherichia coli in the flour. We will work on this,” Jerome Gatton confirmed. He specified that the two lines of the Caudry factory in the North are “off.” “Analytics Plan” is in the works, Even if nothing abnormal was detected during the health check-up process.

See also on The HuffPost: In Guatemala, pizza is baked on a volcano

Speak with one voice on World Multiple Sclerosis Day