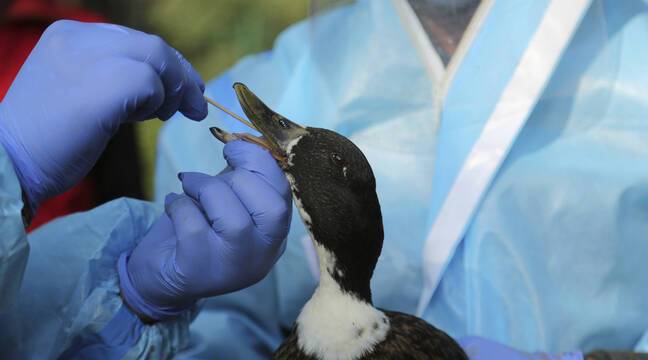 It is an old nightmare that regularly wakes up among breeders. While France is trying to combat the fifth wave of the coronavirus epidemic, an outbreak of bird flu has been detected on a poultry farm in the North province. Today, Saturday, the Ministry of Agriculture announced that this is the first time since the outbreak of the epidemic last winter, which had already caused huge losses.

“While avian influenza viruses are actively circulating in Europe through migratory birds, France on November 26 detected an outbreak of a highly pathogenic strain on a laying hen farm located in the town of Warham in the North province,” he said in a statement. . The suspected infection came after discovering abnormal deaths among poultry on the farm. The virus in question is said to be a type of traditional bird flu, which makes it more pathogenic.

There is no danger to humans

Since the end of the summer, France has already announced four cases of bird flu in wildlife and three cases in the backyard of the capital. In Europe, 26 countries are currently affected by influenza viruses, affecting more than 400 outbreaks in breeding and 600 cases in wildlife, as determined by the ministry. Hygienic measures have been taken. The chickens will be slaughtered and the house disinfected. The ministry insists that consumption of meat, foie gras and eggs, and in general any food product made from poultry, poses no danger to humans.

While this farm is located near the border, the Belgian authorities immediately responded, According to RTBF. The Federal Agency for the Safety of the Food Chain (Afsca) has announced that it will establish a 3 km protection zone and a 10 km control zone around livestock, as in France. Thus, in the Flemish municipalities of De Panne, Furnes, Alveringem and Poperinge, all domestic birds must be confined or protected by nets, and their gatherings (eg markets or fairs) are strictly prohibited.