Home World Etna spewing lava and ash – the airport is down 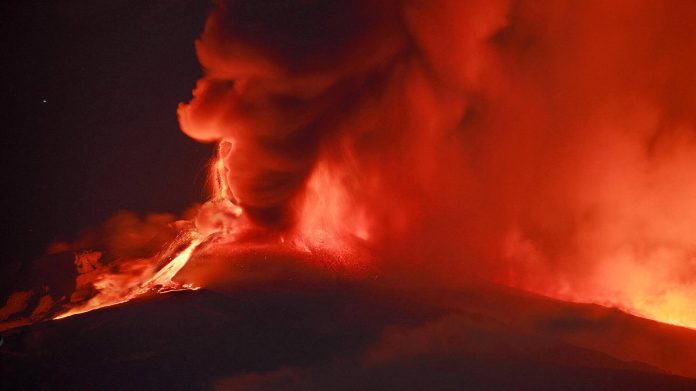 For weeks, the Etna volcano has been shaking the windows and doors of Sicilian residents. Now the Catania city airport has been forced to close.

Another eruption of the Etna volcano on the Italian island Sicily Flight operations have stopped at Catania airport, south of the mountain. Catania Airport said Wednesday morning that the runway was contaminated with volcanic ash and therefore closed. Initially, no flights could leave or arrive at the airport until morning. Several connections were shown as late in the itinerary.

Etna has erupted repeatedly over the past few weeks. Reports of serious damage or injury are very rare. The population on the site is sometimes affected by rain ash. Sometimes the rumbling and thundering of the outbreaks causes windows and doors to vibrate.

According to the National Institute of Geophysics and Volcanology (INGV), Etna has been releasing lava and ash from the crater on the southeast side in the past few days. Experts recorded occasional eruptions on the northeastern side. According to the report, ash clouds rose in the mountain, which is more than 3,300 meters high, at sea level between five and ten kilometers into the sky.