Home World Escape from Mariupol: Russia is said to be planning a new evacuation... 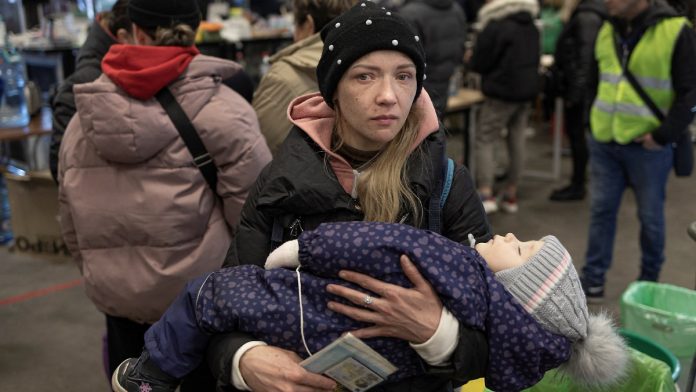 There is said to be a fresh attempt on Friday morning to get civilians out of the besieged Mariupol. The Russian side said that a humanitarian corridor would be “re-opened”. This was preceded by personal appeals from Chancellor Schulze and French President Macron.

After demands from Germany and France, Russia said it wanted one on Friday A new attempt at a humanitarian corridor From the besieged port city of Mariupol. The Russian Defense Ministry announced in Moscow Thursday evening a ceasefire in the morning and the scheduled start of the evacuation from 9:00 am CET. Major General Mikhail Mizintsev said that people should be removed from the city with the participation of the Red Cross and the United Nations refugee agency.

The ministry in Moscow said the renewed attempt to create a humanitarian corridor came after an appeal made by Chancellor Olaf Schultz and French President Emmanuel Macron to Russian President Vladimir Putin. Mizintsev accused the Ukrainian side of using the bombing to prevent the evacuation of the city on Thursday. However, thousands of people were taken out of Mariupol.

Kyiv: The buses did not come to Mariupol

On the other hand, the Ukrainian side has repeatedly accused Moscow of sabotaging the refugee corridors by bombing them with missiles and kidnapping people for Russia. In besieged Mariupol Buses did not arriveDeputy Prime Minister Irina Vereshuk said. No reasons were given.

However, more than 1,400 people came to Zaporizhia in special cars along the three agreed escape corridors. More than 600 people were from Mariupol, 220 kilometers away, the rest from the Zaporizhia region. She added that more than 30 buses are scheduled to make a new attempt to enter the besieged city on Friday. About 600 people will be transported to Zaporizhia from Berdyansk, which has already been occupied by Russian forces, in additional buses.

Russian state television continues to show people – presumably from Mariupol – happy to be rescued and complaining that they have not been allowed to leave the city for weeks. Moscow claims that Ukrainian nationalists are keeping civilians in the city to use as human shields to prevent the city from being stormed by the Russian army. The information provided by the Russian and Ukrainian sides could not be independently verified.