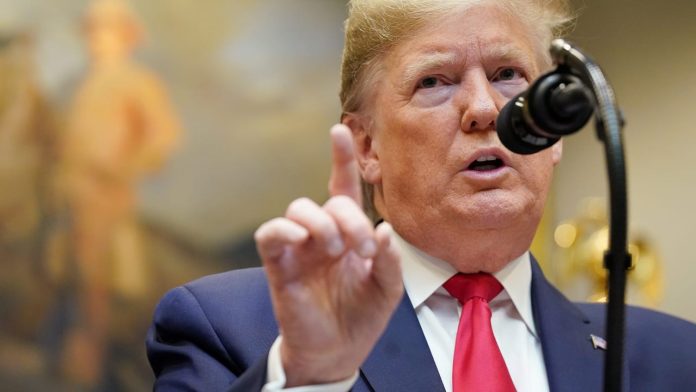 Former US President Donald Trump is afraid of eating fruit.

As evidenced by recently published court documents, Trump said he feared protesters would throw fruit such as pineapples, tomatoes and bananas at him during the election campaign.

“You can get killed by these things,” he said in a court case.

It is therefore appropriate that the security forces act “aggressively” against the demonstrators.

Trump made the comments last October in videotaped testimony of a civil trial in New York. Several activists who said they were attacked by Trump security personnel complained in front of Trump Tower in Manhattan in 2015.

Prosecutors said that guards tore down their banners and beat and choked one protester. In turn, Trump said his guards “tried to calm the situation” but that prosecutors themselves attacked them.

Trump said during questioning that he had been forewarned that the protesters would arm themselves with fruit. That’s why “people wanted to be prepared.”

The plaintiff’s attorney also asked Trump about his remarks at a 2016 rally in Iowa, when the then-presidential candidate urged his supporters to “beat anyone” trying to throw a tomato.

“It was a joke,” Trump said, “but there may be some truth to it.” Tomatoes are ‘bad’, but ‘some fruits are much worse’.

See also  Boeing Relief: The Starliner capsule is on its way to the International Space Station