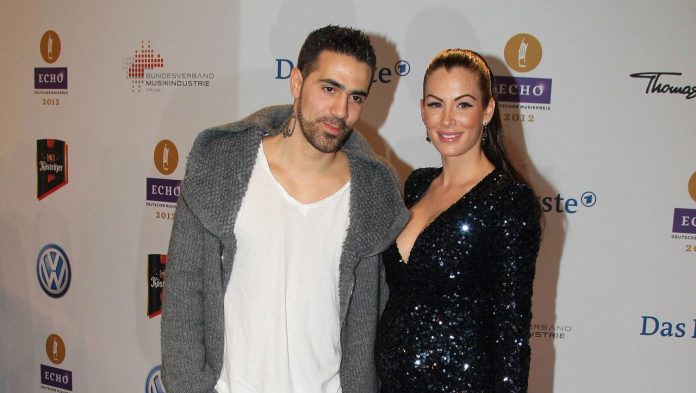 The trial of Arafat Abu Shaker and three of his brothers before the Berlin Regional Court was halted. Rapper Bushido’s wife is supposed to continue her testimony on Monday after a four-week break. But Anna Maria Verchichi did not appear. After the day of the trial, Bushido was surprised by the tragic news.

His wife Anna Maria is pregnant with triplets. It’s a high-risk pregnancy. The singer’s sister, Sarah Connor, had told the court ahead of today’s trial that further questioning would not be possible until after the girls were born, likely from November. The 39-year-old’s statement had already failed due to pregnancy complications.

In the afternoon after the trial, Bushido tweeted, “Since we may have to bury one of our unborn children, I ask for your understanding that music currently has no place in my life.” During the trial, the seemingly dramatic course of the pregnancy was apparently nothing known yet.

Anis Ferchichi, nicknamed Bushido, and his wife Anna Maria are the two most important witnesses in the trial of Arafat Abu Shaker. The clan leader has to appear in court since August 2020 on charges of attempted extortion, deprivation of liberty, insult, coercion and grievous bodily harm. Bushido accuses Abu Shaker of forcing him to work together in 2004 and of exploiting him for years.

Bushido, 42, had testified in court that he only dared to separate from Abu Shakir on his wife’s initiative. It is said that the clan leader did not accept the separation and threatened, insulted and attacked him with a half-full plastic bottle and chair in January 2018. Abu Shakir, 45, denies the allegations.

See also  After Supertalent-Aus: Bruce Darnell Gets His Own TV Show

In place of Bushido’s wife, the trial must continue within two weeks with Ashraf Ramo being questioned. Ashraf Ramo belongs to another clan in Berlin. The court reserved several days for his testimony.

After his separation from Abu Shaker, Bushido turned to Ashraf Ramo in 2018. Ramo became his manager. “Ashraf Ramo is a very friendly man,” Bushido said in court. “I also felt very safe when I was out with him in Berlin.”

The rapper’s collaboration with Ramo ended when Bushido cooperated with the police and testified against Abu Shaker. The rapper, his wife and children have been under police protection since January 2019.

It remains to be seen if Ashraf Ramo will actually testify in court on August 16. Ramo did not follow the initial summons for witnesses.

Editor’s note: We have updated the following text for Bushido’s Twitter message.