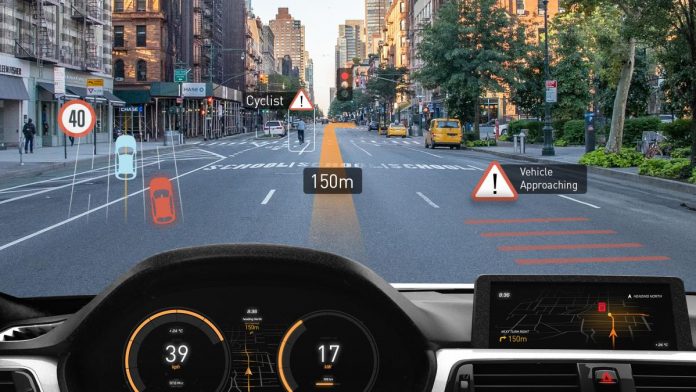 sPX / Munich. The entire windshield is set to become a head-up display in the future. The supplier Infineon has developed what it claims is a new type of display technology that requires significantly less space in the dashboard while at the same time offering a larger screen. According to the manufacturer, the so-called micro-optical electromechanical system (MOEMS) works with a very compact combination of a laser beam scanner, a rotatable mirror and a battery, so that it can be used not only in the car, but also in augmented reality glasses, such as those designed specifically for motorists. Here and there, information from the route planner, assistance technology or from the infotainment system can be displayed. The technology could hit the streets before the middle of the decade.

Head-up displays use small displays in the dashboard to reflect information about the current driving situation into the driver’s field of view. In the case of cheaper systems, they are displayed on small plastic panels, in more complex systems directly in the windshield. However, it is usually limited to relatively small areas. In addition to Infineon, other suppliers such as Bosch and Continental are also working on improving the display, for example in terms of size, color spectrum or resolution.

Investor Publisher: Now CureVac Converting It. It won’t be long...