Home science Behind the RNA revolution, a complex story 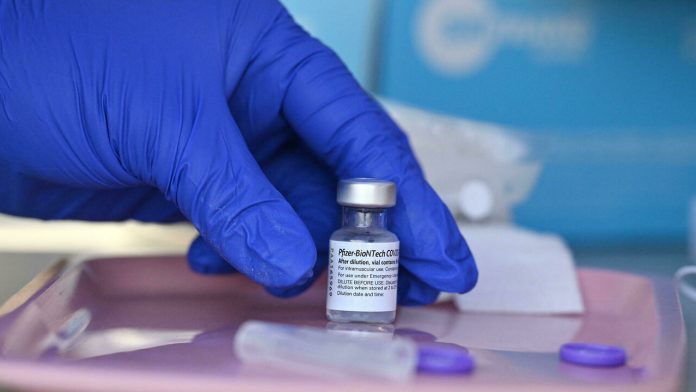 The Messenger RNA vaccines, which emerged with the Covid-19 crisis, represent the culmination of a therapeutic revolution that can also be used against AIDS and certain types of cancer, after decades of research marked by many setbacks.

Messenger RNA is present in all cells and allows them to function for the proper functioning of the body. It acts as a mediator between the genetic code of DNA and cell activity.

Specifically, messenger RNA is a temporary copy of a small portion of DNA, which is permanently present in the cell nucleus. This copy is used as a code for the production of certain proteins.

With mRNA processing, these parts of the genetic code are inserted from the outside. So it is created artificially in the lab and is no longer made of DNA.

At the moment, the main application remains vaccination against Covid 19 with two names now known: Pfizer / BioNTech and Moderna vaccines.

They lead the cells to reproduce the proteins in the virus – “antigens” – in order to train the immune system to recognize and neutralize them.

The classic vaccine also seeks to habituate the body to a virus — or other infectious agents — but it does so by introducing it directly into the body, in an attenuated or inactivated form. Some, newer, only inject virus antigens.

The revolution in the messenger RNA vaccine is to get cells to work directly to produce these antigens. As with other vaccines, the immune system then reacts, particularly by producing antibodies.

See also  Dangerous pesticides: Here are the most polluted fruits and vegetables

This is the culmination of 40 years of research. Beginning in the late 1970s, researchers successfully inserted messenger RNA into cells in the lab and had them produce proteins.

This type of experiment has been gradually revised and can be reproduced on animals, in this case mice, after ten years.

But we were far from making it a cure. For years, the research has faced two main difficulties.

First, the cells did not accept well the synthetic messenger RNA, which potentially has an immune response with catastrophic effects. Second, mRNA, unlike DNA, is very unstable, which makes it difficult to insert without any modification.

In the lead, a major discovery was made in the 1990s, with researchers Katalin Kariko and Drew Weissmann, who have won multiple awards since then, showing that cells readily accept a slightly modified version of mRNA.

Second, it also took years of research to develop the right coat: a mixture of tiny fat particles, which protect messenger RNA and are well tolerated by the body.

At the same time as these developments, the first pharmaceutical startups appeared to be betting on messenger RNA, such as Germany’s Curevac in 2000.

But it took another twenty years for the sector to develop vaccines that were convincing in humans — which appeared faster to animals — in the face of regular waves of doubt about the technology’s true potential.

The pharmaceutical sector is working first to develop other mRNA vaccines against diseases that have hitherto been resistant to vaccination.

See also  Recognizing dementia and Alzheimer's disease: what role the eyes can play

This is, for example, the case of AIDS, malaria or, to a lesser extent, seasonal influenza, in which the effectiveness of current vaccines is very erratic.

The two giants, Pfizer and Sanofi, are working on their own on the mRNA flu vaccines. BioNTech will launch trials of a malaria vaccine and Moderna against AIDS.

Considerations vary for each of these diseases. But, roughly speaking, it is the flexibility that mRNA allows and the ability to produce antigens by the organism itself that makes it possible to expect much of it.

Thus, clinical trials are underway to evaluate treatments against some types of cancer. They are also qualified as vaccines, but their principle is very different from their principles against infectious diseases.

The idea is to take cancer cells from a patient and then develop and inject a treatment that will allow their bodies to recognize and attack the tumors. Once again, mRNA flexibility is critical for these “personalized” vaccines.

But the promises of messenger RNA are broader. It can allow the human body to produce proteins that some people cannot produce, especially due to genetic diseases.

“You can encode any protein in mRNA, so there are many potential applications,” biochemist Norbert Bardi, who specializes in the topic at the University of Pennsylvania, told AFP.

Put on the mask and get vaccinated, the necessary measures Jean-François...