Home science Why do symptoms persist? 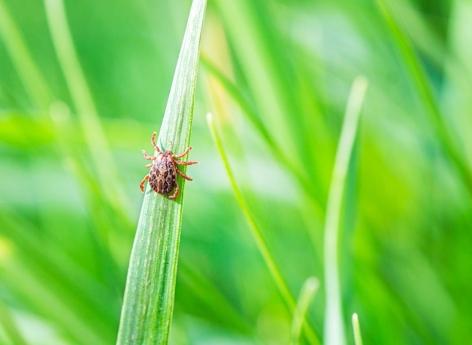 In June 2018, Supreme Health Authority It is officially recognized that some patients have persistent and unexplained symptoms of Lyme disease. These terms refer to muscle aches, fatigue, or headaches. “At the current state of knowledge, we do not know whether these signs are due to persistent Lyme disease (after treatment or not) or to other pathogens that can be transmitted by ticks.”, then defines HAS. American scientists provided an explanation. In their research, published in Scientific ReportsGeetha Parthasarathy and Shiva Kumar God Gadila explain that these persistent symptoms could be related to the residual bacteria responsible for the disease, remaining in the body.

The researchers from Tulane University pointed out that Lyme disease is mainly caused by bacteria Borrelia burgdorferi. It is transmitted to humans by infected ticks and results in erythema on the skin within 3 to 30 days after the bite. Prompt treatment with antibiotics can prevent the onset of the disease. “However, approximately 10-35% of patients treated with erythema migrans or early Lyme disease have persistent or intermittent musculoskeletal, cognitive, or fatigue disorders of mild to moderate severity after 6-12 months of follow-up.Scientists say.

Prior to this study, they had already worked on in vitro models. This time, they used monkeys, whose cerebral cortex and dorsal root ganglia were analyzed after infection with bacteria. In their findings, they find that fragments of non-viable bacteria generate more inflammation than live parts. Since they can be more easily distributed in the body, they may be the reason for the appearance of inflammatory signals throughout the body. According to them, the presence of these fragments in the nervous system is a possible explanation for the persistence of symptoms. For the authors, this requires “New anti-inflammatory approaches for treatments.

A collective call to access innovative treatments for patients