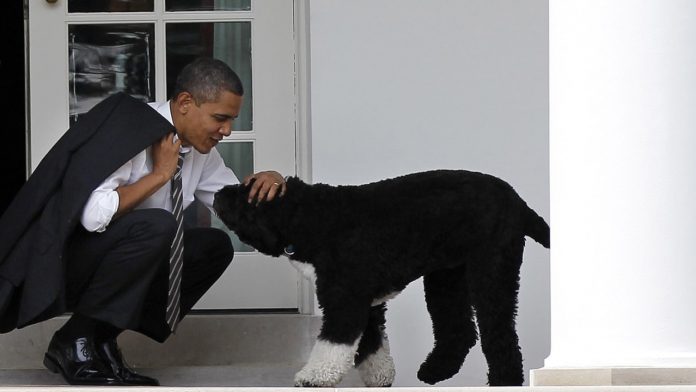 In the past few years, he’s been as close to Barack Obama as Michelle and his daughters: Dog Pooh. The Portuguese Water Dog died on Saturday.

On Twitter, the former US president posted a touching declaration of love for the “true friend and loyal companion” of the family.

Poe was a “steadfast and beloved” figure in the Obama family’s life, and he was “happy to see us, in our good and bad days and on all the other days,” Obama writes.

Moreover: “He endured the hustle and bustle of the White House, barked but did not bite, he liked to jump into the pool in the summer, he was not fussed with children, lived at the table to eat leftovers and had great hair.

The former first dog with black and white curly fur was exactly what they needed and more than they had expected. Obama: “We’re going to miss him terribly.”

Poe was born on October 9, 2008 and moved to the White House with the Obama family in April 2009. Obama had promised his daughters Malia and Natasha a dog during the election campaign if he moved to the White House as president. In August 2013, we were joined by Bitch Sunny, who is also a Portuguese Water Dog – Malia is not allergic to the hair of this breed.