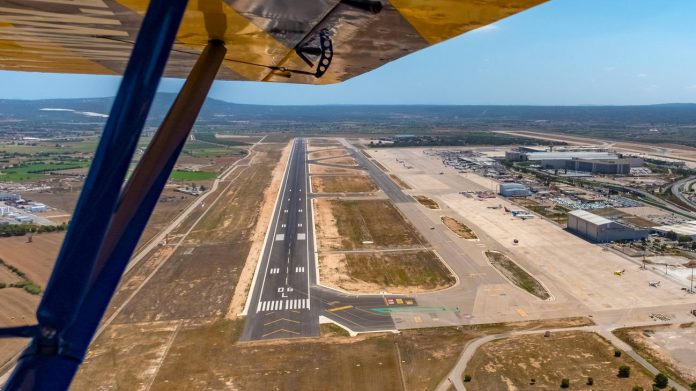 Because many people hid on the tarmac after a passenger plane left, Palma de Mallorca airport was forced to close briefly.

In Mallorca, by Saturday morning, police detained 11 of the 23 passengers who had disembarked a Moroccan airliner the night before and walked onto the tarmac. Police said they will continue to search for others. Air Arabia Maroc had an abrupt stopover in Mallorca due to an alleged medical emergency on board on the way from Casablanca to Istanbul. But the passenger, who allegedly suffers from diabetes, turned out to be in good health at the hospital. So the authorities assumed that this was a planned act of a group of passengers who purposely made an emergency landing in order to come to Spain illegally.

Son Sant Juan Airport had to halt all take-offs and landings for more than three hours Friday evening due to people on the runway. Before flight operations resumed at around 11:30pm, 27 approaching planes had to be diverted to other airports such as Ibiza, Barcelona or Valencia, and 20 takeoffs were delayed by hours. At least two flights from Germany were also affected, one redirected to Valencia and the other to Ibiza, the Mallorca Zeitung newspaper reported.

Police said the migrants who got off the plane will now be treated like people who come to Spain on small boats at risk of dying from North Africa across the Mediterranean to Spain. They are registered and transported to an initial reception facility. Then a procedure is initiated to return to the country of origin, which can be stopped by applying for asylum or granting protection as a refugee. She added that only a presumed ill person would have to anticipate criminal proceedings on suspicion of favoring illegal entry and violating the Aliens Act. The damaged Moroccan plane flew to Turkey early Saturday morning.

A man sets himself on fire while mourning Shinzo Abe