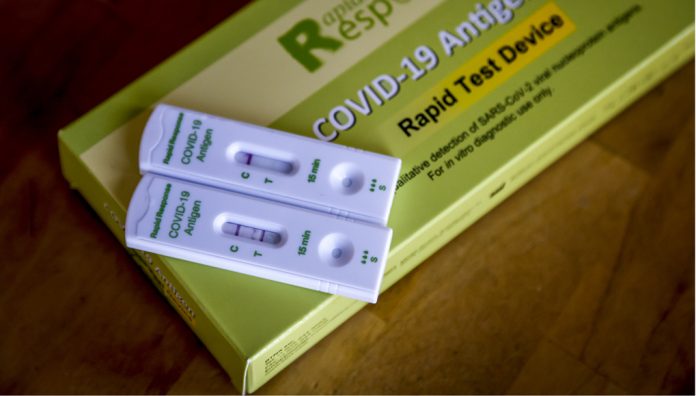 Montreal researchers have found that users of rapid antigen-detection tests for COVID-19 make several errors when handling them and when interpreting results, but the situation can be addressed by providing them with more detailed instructions.

Some of the most common errors involved how much fluid to use and determining a positive result, especially when the line that certifies the virus is particularly faint, according to Dr. Cedric Jansoni, MD, of the Research Institute at McGill University Health Center. Dr. Yansoni recalls that many countries were quick to deploy these self-tests during the pandemic without first checking whether users were able to use and interpret them correctly. “There was a need to determine how confident we were in the performance of people taking their tests themselves, and that’s what we tried to do,” explained Dr. Yensoni.

The team visited companies where at least two active cases of COVID-19 were identified by Montreal Public Health. The team visited each company twice a week for two weeks. At each visit, the study team instructed participants in the procedures for taking nasal swabs and provided them with either a manufacturer’s manual or a modified quick reference guide, without providing further details. In total, 1,892 tests were performed on 647 participants.

At the first self-diagnosis visit, 55.6% of participants who received the correctly adjusted manual identified a weak positive test result, compared to 12.3% of participants who used the manufacturer’s manual. Similarly, for a positive result, the correct determination rate increased from 51.5% using the manufacturer’s guide to 89.6% using the modified guide. Improvements were also seen with a strong positive result and an invalid result. “In the amended instructions, there was a lot of emphasis on interpretation, so only one example of a positive example and one example of a negative example was shown,” Yansoni said.

“We invited people to systematically ask themselves, ‘Is the test correct? Is the test negative? Is the test positive? Below are examples of barely visible lines which, though, are quite positive. And then when we spread that between different untrained people, we saw a huge difference. With a very simple intervention, he adds, “we were able to improve the interpretation of the majority of positive results. With a simple intervention, untrained subjects achieve a level of reliability (close to) that of a professional.”

Nor did the researchers attempt to find out why users of self-tests incorrectly interpreted results, for example in the presence of a faint line indicating a positive result. However, Dr. Yensoni reminds us that the human eye is not infallible. There can also be a psychological component to the phenomenon.

The first step, he said, is to see how much reading bias is introduced when testing is done at home, because I don’t think the COVID rapid tests will be the last ones we use. The biggest challenge for the authorities is not just to publish them, but to find the right way to communicate with the public the correct interpretation of the test that will change according to the epidemiological situation. This is not easy. »

At the time of the study, Health Canada did not approve rapid tests for self-use by untrained individuals. A vaccine was just beginning to emerge and there had been multiple outbreaks in the workplace. The results of this study were published in the medical journal JAMA Network Open.

The Covid-19 epidemic is regaining ground a little in Occitanie

Areas of France where there are very ticks … or not