Home World A hospital was also bombed: 16 people were killed by missiles in... 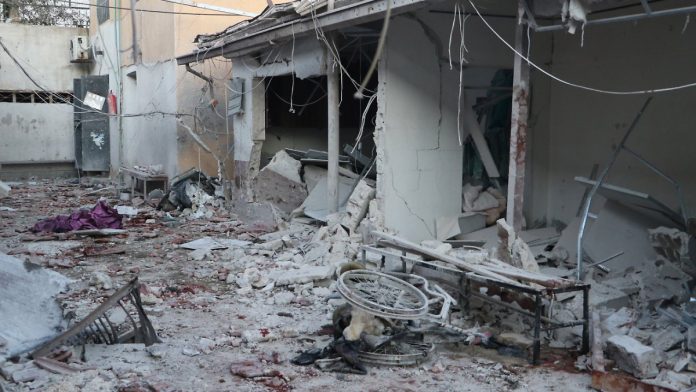 The Syrian-Turkish border area witnessed missile attacks. The Syrian Observatory for Human Rights reported targeting a residential area in the city of Afrin. With so many warring factions in the area, it’s hard to say who’s responsible.

At least 16 people were killed in missile attacks on residential areas and a hospital in northern Syria, according to activists. The Syrian Observatory for Human Rights said that they included a doctor and three other hospital employees. Several people were also injured, some seriously. The activists did not give an exact number. According to eyewitnesses, there were also children among the victims. The bombing took place in the city of Afrin, northwest of Aleppo.

According to the activists, the missiles were said to have been launched from areas where the Syrian regime forces and Kurdish militias are present. The Kurdish region around Afrin is in turn controlled by Turkey. Turkish forces and allied Syrian opposition incurred into northern Syria in 2018, capturing areas controlled by the Kurdish People’s Protection Units.

And there have been several attacks in the past in the region. Turkey blames the YPG for this. Ankara sees the militia as an offshoot of the outlawed Kurdistan Workers’ Party (PKK) and is fighting it. The Kurdish-led Syrian Democratic Forces denied the involvement of its armed forces in the recent attacks, according to a statement.

See also  South African press report: According to the authorities, the December birth is fake

Warning about the effects of climate on space travel