Home science 81% of nursing home residents have been fully vaccinated 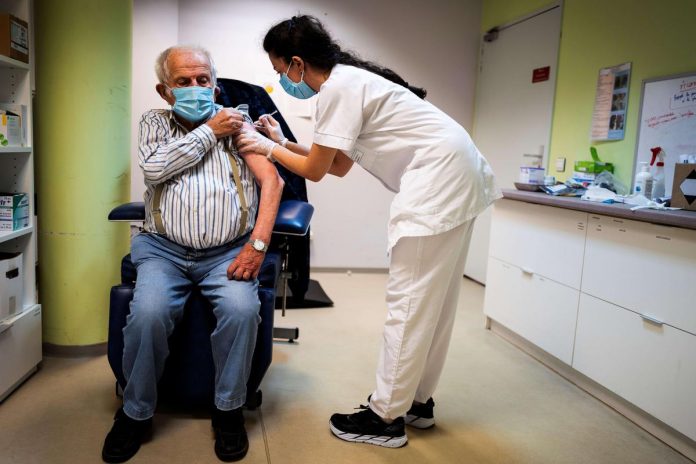 On the other hand, only 41.9% of professionals working in nursing homes have been vaccinated

81.1% of nursing home residents have been fully vaccinated against Covid-19, but only 41.9% of health professionals working in these institutions, according to new data released Thursday by Public Health France (SpF). The health agency had stopped publishing these indicators for several weeks, which is a good time to reformulate its calculation, because it realized that the numbers were exaggerated.

“The nursing home population is not identified as such in the Covid Vaccine database,” Sophie Vaux, an epidemiologist at SpF, said during an online press point. Also, any dose injected into a nursing home for a person over 65 years of age was counted as immunization for a nursing home resident. She added that outside workers or residents’ spouses were also able to benefit from a syringe in these establishments to avoid throwing an open bottle.

Thus, some institutions have announced vaccination coverage rates for their residents above 100%. Using a sample of more than 300,000 nursing home residents duly identified by health insurance, SpF estimates that as of June 15, 87.8% had received “at least one dose” of the vaccine and 81.1% had been “fully vaccinated”.

For professionals working in nursing homes or long-term care units, whose data has been overestimated for the same reasons, SpF now estimates, from a sample of “over 100,000” of them, that 55, 3% received at least one dose and 41.9% They are fully immunized.

These numbers will be updated again each day and a reconstruction of the date since the start of the campaign is available on the agency’s data portal, Geodes, along with details by region, department, age and gender.

Health Minister Olivier Veran Thursday morning launched an “official appeal” to caregivers, especially in nursing homes, who have not yet been vaccinated.

Eyes are key to early detection of Alzheimer’s disease