Home entertainment “Who is the ghost?”: Hiding behind the mask! 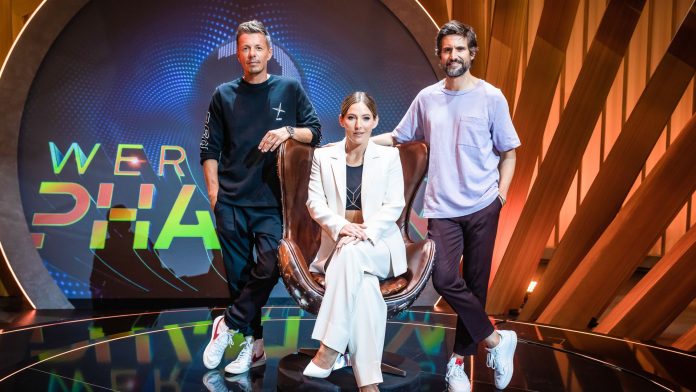 Which celebrity is hiding under the outfit this time? Already in the first two episodes of the advice program “Who is the ghost?A prominent detective team attempted to reveal the identity of the masked VIP. Soccer star Lothar Matthaus (60) was revealed in the first episode. Last week, actor Moritz Bleptro (50) disguised himself in a fictitious disguise. Was a prominent lady hiding in disguise this time?

For the investigators on Today’s Show—Jeanine Michaelsen, 39, Miché Peck, 53, and Tom Beck, 43—it was a difficult task to figure out which celebrity was ahead. The show concept stated that the trio should gain as many clues as possible about the ghost’s identity. In that sense, the three worked hard. But unfortunately they finally lost an important hint: “I was going to give you the original sound of the ghost.”, superintendent Stephen Gaten, 49, explains after losing the challenge.

However: despite a failed guessing game, Jenin, Miché, and Tom manage to solve the puzzle. And no – no famous lady was hiding in the outfit. The ghost was none other than Thomas Gottschalk (71)! At least Michy and Janine were right in their assumption. On the other hand, Tom was wrong: he suspected that CSU politician Edmund Stoeber was wearing the costume.