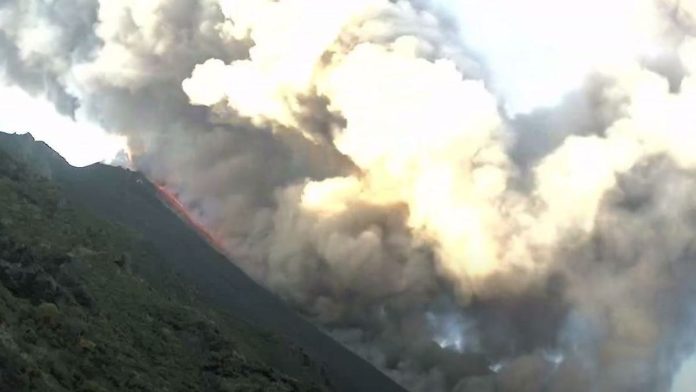 Visitors to Stromboli Island will have something to see on Sunday. The volcano of the same name spews fire and ash again. Thick smoke rises above the mountain.

A powerful volcanic eruption on the Italian Mediterranean island of Stromboli has created a landscape. In the morning a torrent of lava flowed from the crater of the volcano of the same name north of Sicily and made its way down the valley to the sea, as if from Communication from the National Institute of Geophysics and Volcanology. An amateur video showed thick smoke billowing from where incandescent lava flowed into the sea.

There was no information on damage or injuries on Sunday evening. The Civil Defense, in a statement, referred to the general information provided by the mayor of Lipari, whose municipality belongs to Stromboli, with a population of a few hundred people. Residents and tourists were asked not to leave the house and to protect their mouth, nose, head and eyes from the ashes. Anyone on a boat should head out to the open sea.

Like Mount Etna in Sicily, Stromboli is an active volcano. Stromboli, with a height of 930 meters, erupts particularly regularly, and therefore has already become a tourist attraction. Sunday’s event was so strong that seismic devices struck.