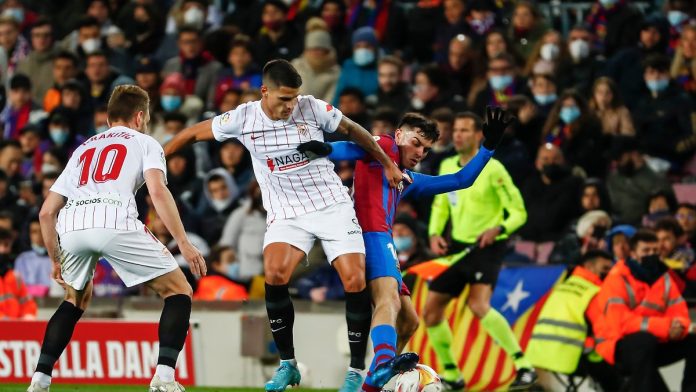 Barcelona returned with a victory in the Spanish League just four days before the first leg of the quarter-finals of the European League in Eintracht Frankfurt. In the 72nd minute, Pedri scored the decisive goal for the Catalans who beat Seville.

In front of 76,112 spectators, Pedri (72nd minute) scored the decisive goal for the Catalans, who have now moved up to second place in the table with 57 points from 29 matches. However, the difference between leaders Real Madrid, who have already played a game more, is 12 points. Next Thursday (9 pm) Barcelona will play a competitive match in Frankfurt for the first time. The return leg for a place in the semi-finals will be against Eintracht on April 14th in Spain.