Home science The number of hospitalized patients is still on the rise, with more... 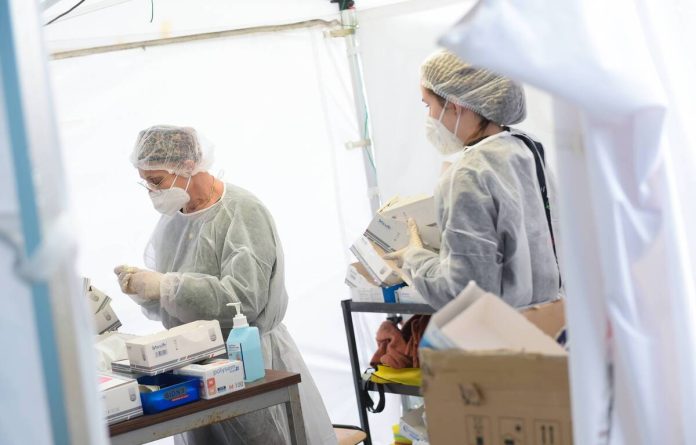 It’s a small bounce, but it’s important. The French Public Health Agency said, Friday, that the fifth wave of the SARS-CoV-2 epidemic has been on the rise for several days, while the frequency of Covid-19 cases has increased significantly since December and the emergence of Omicron. The number of Covid-19 cases remains high in France, both due to contamination and in hospitals, according to figures released by health authorities on Sunday.

A total of 22,251 patients were hospitalized after being diagnosed with Covid on Sunday, compared to 20,066 seven days earlier. Among them, 1,539 patients are in critical care (+37 admissions in one day), versus 1,486 the previous Sunday. In total, the epidemic killed 142,506 people in France.

The number of new infections reached 102,266, compared to 110,174 in the previous week. However, the seven-day average, which is more statistically significant, rose sharply to 138,325 cases versus 127,488 in the previous week.
Finally, the positivity rate, which determines the proportion of positive cases out of the number of tests performed, remains at 31.1%, a number still close to records observed since the beginning of the pandemic.