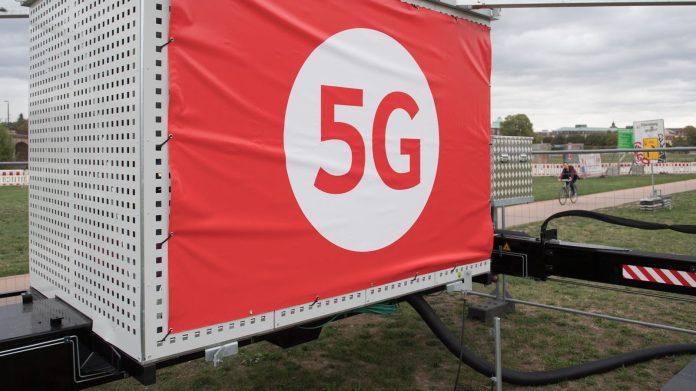 Despite a message from US Transportation Secretary Pete Buttigieg and FAA Aviation Administration chief Steve Dixon, 5G wireless communications are set to roll out around US airports. The heads of wireless service providers Verizon and AT&T announced in an open letter that they did not want to accept any additional delays in their services. This escalates the conflict between the US authorities and the country’s two largest mobile phone companies.

At the heart of the dispute is the so-called C band: a specific frequency for radio waves to be used as part of 5G technology. AT&T and Verizon paid more than $80 billion in the auction of coveted C-band frequencies.

However, a few months ago the US authorities raised concerns. The fear: If 5G technology runs near airports, it could disrupt the plane’s complex electronics on takeoff and landing. In November 2021, AT&T and Verizon already agreed to postpone the launch of the C-band originally scheduled for December to January in order to investigate potential risks.

The C range is already being used – without any problems

The issue is also of international concern. Because in nearly 40 countries around the world, C-band frequencies are already operating around airports. However, a case is not yet known in which this has led to a technical problem.

The heads of AT&T and Verizon now claim that C-band frequencies are being used in many other countries without any problems, and are calling for the introduction of 5G to continue in the US as well. “The laws of physics are the same in the United States and France,” a joint statement said. “If US airlines are allowed to fly in France, they should be allowed to fly in the US on the same terms.”

According to Reuters, the Federal Aviation Administration has indicated that the planned signal strength in the United States is slightly different from that in other countries, and the additional planned safety distance may not be enough.

Fears came at the last minute

The fact that wireless providers AT&T and Verizon openly criticize the FAA has something to do with the short-term nature of the requests. The introduction of 5G frequencies has been planned for years, but the authority did not announce its concerns until a few weeks before the planned activation. In addition, a preliminary investigation by the FCC has so far found no indications of a potential hazard to aircraft electronics.